The next was the electrical connections for the light. As always, for lights on the structure, I always try to be as flexible as possible and hence try to avoid soldering. The reason being, once the structure is built changing a burned bulb is hell of a task and possess much higher risk of damaging the structure itself. Often in N scale it's easier said that done, just because the size of the structures are too small and making removable 'plug' points for LEDs might make the arrangement look out of proportion - but given this one is a relatively big structure, I decided to go for it.

The first challenge was the folding beam - the connections should hold throughout the up and down movement of the beam. I created a pivot by drilling a tiny hole in a copper strip and pushing a 22 gauge single strand wire into it - it should be a tight join to maintain constant electrical connection. The main connection to the power were soldered to the copper plate. There was another distribution to the fixed part of the beam. 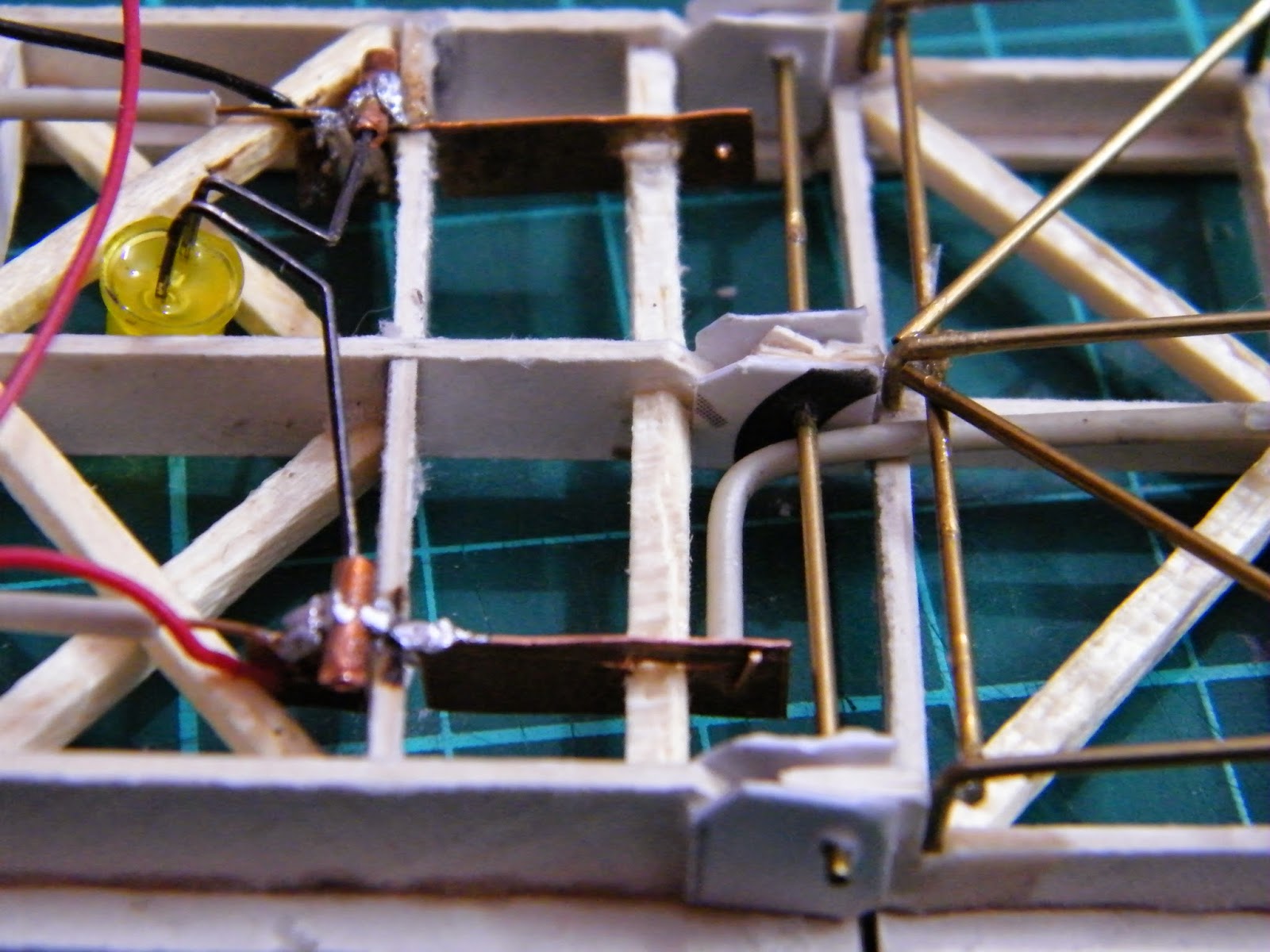 As for attaching the LEDs, I used 1mm X .355mm copper tubes - soldered the input power lines to them and put the LED lead wires into the other side of the tubes, as shown in the above pictures. I made arrangements for a total of 4 LEDs across the beam. 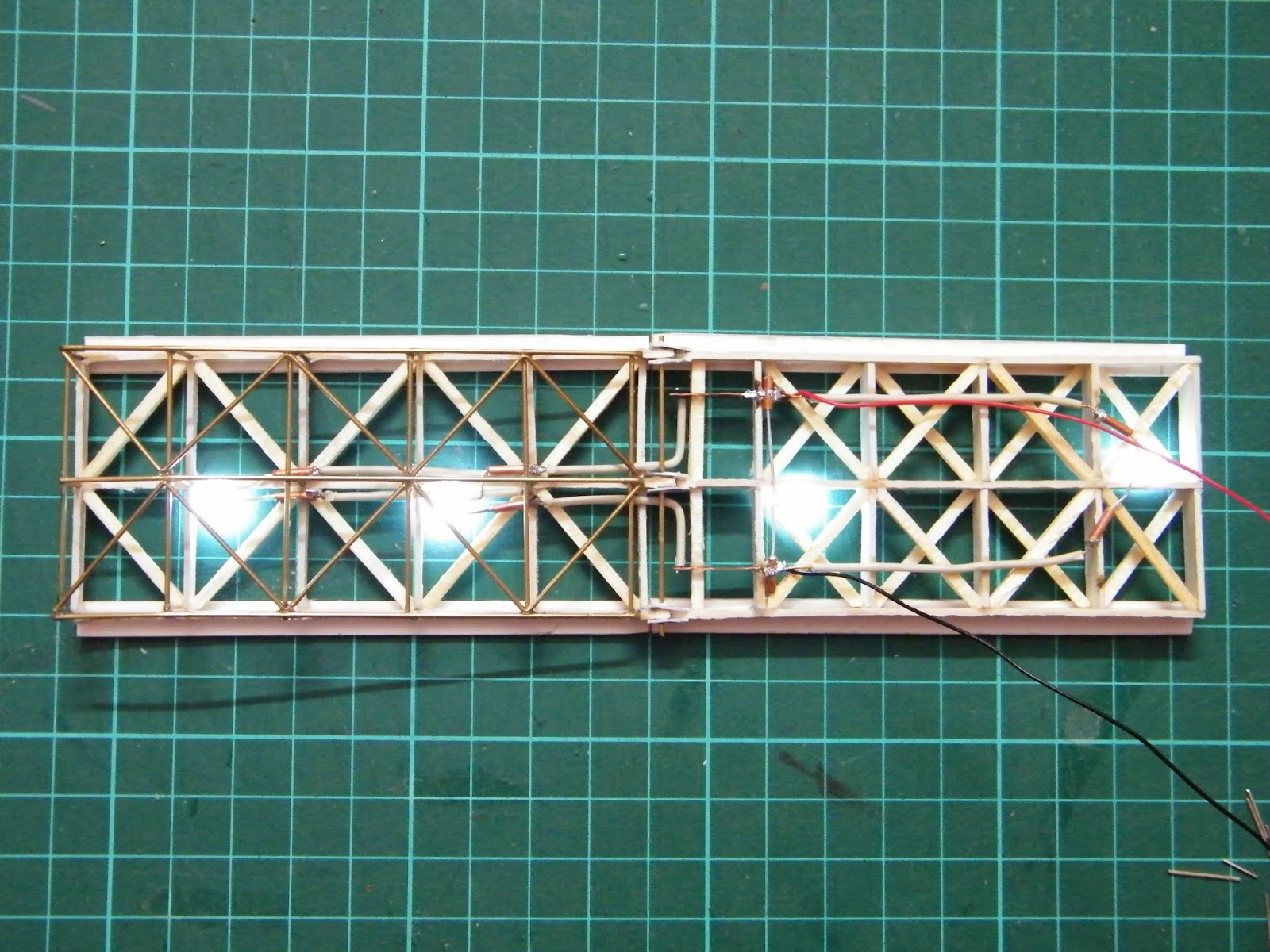 Once the construction of the beam was over, I moved into completing the tower. Added styrene ladders and railings (Evergreen Models). Used Gold medal models ladders and created a ladder cage by making tiny rings made out of single strand electrical wires and thin cardboard strips. 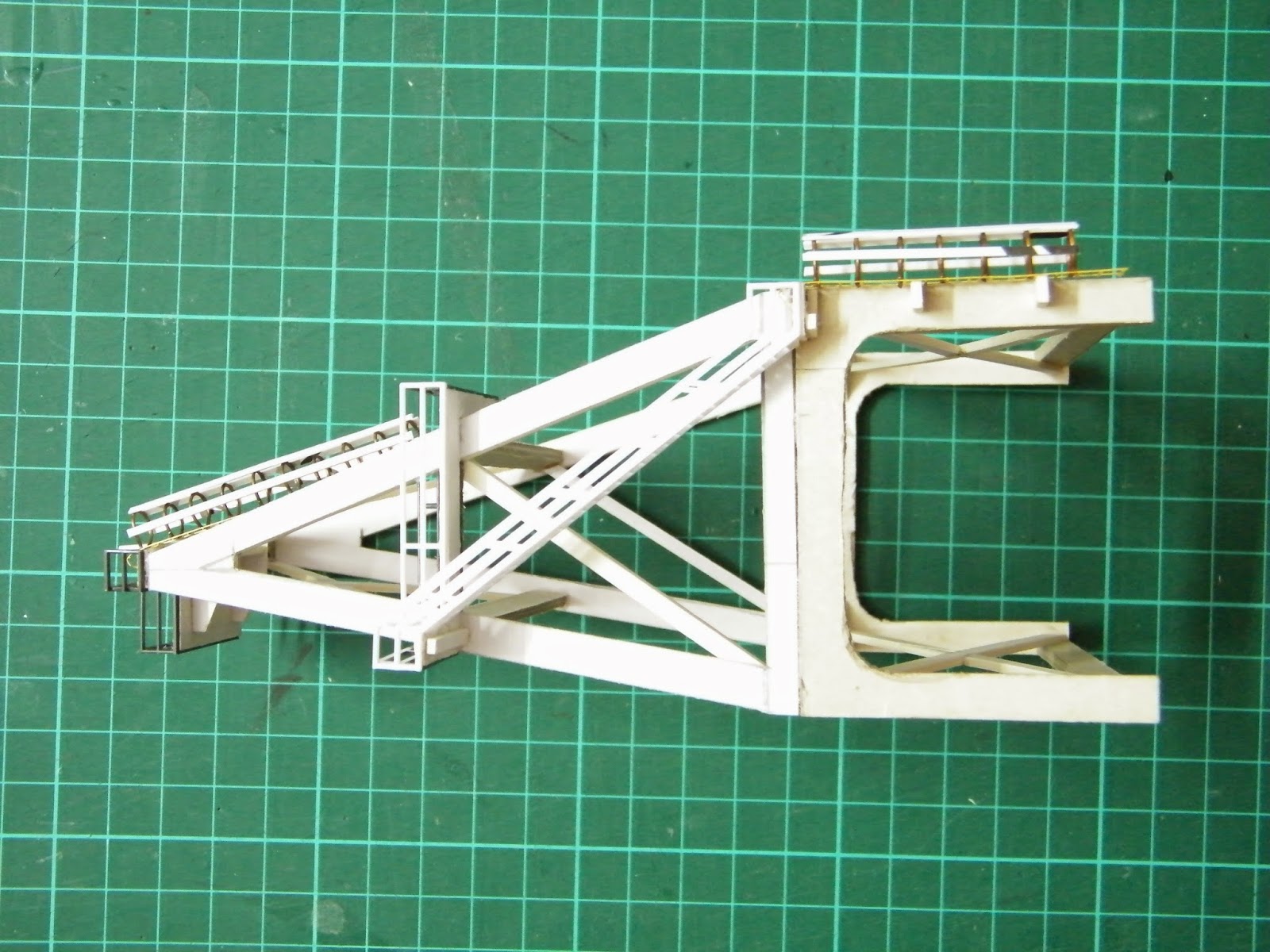 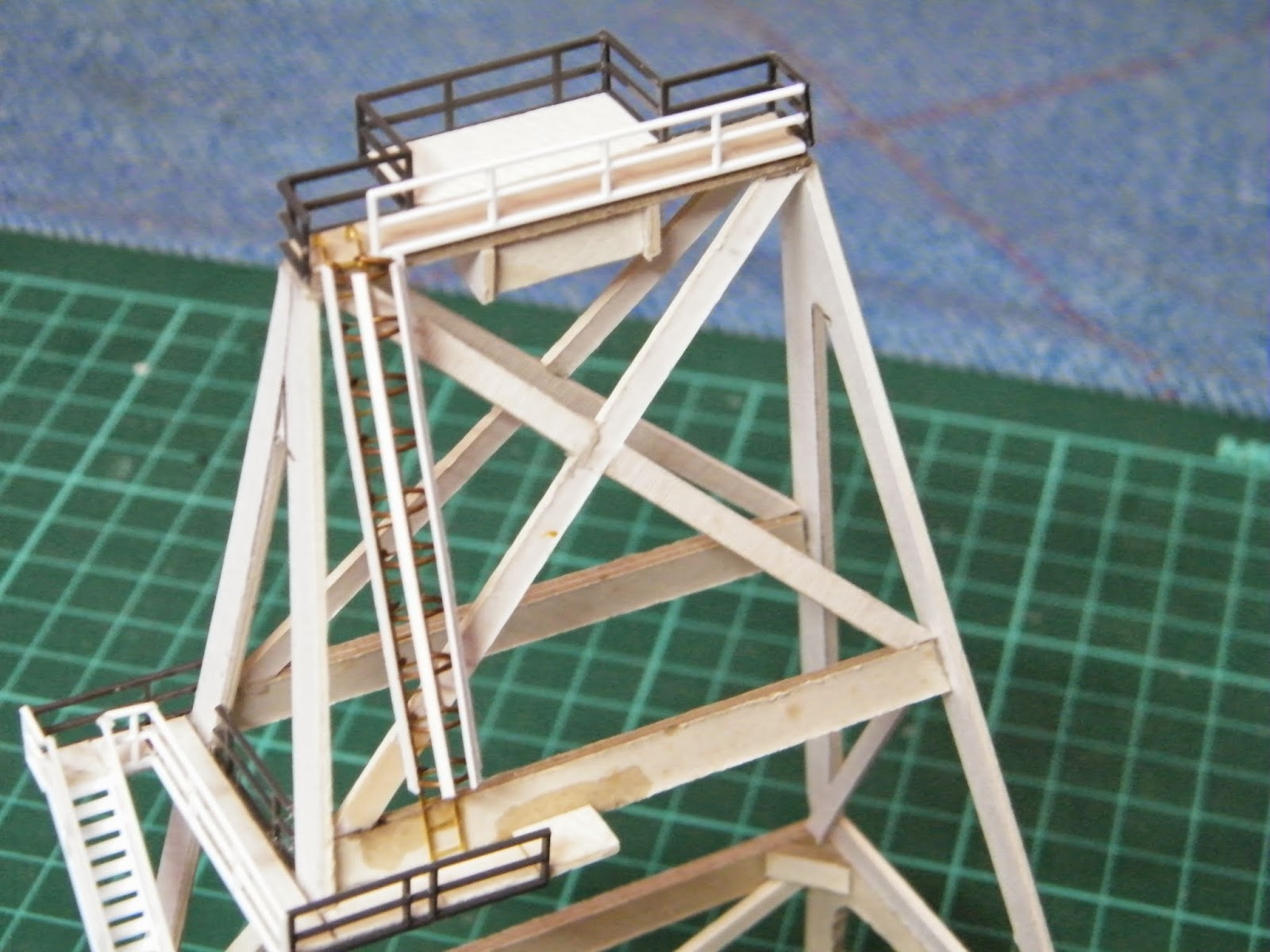 The next step was to complete the painting. I decided to go for Blue as so far there is no blue structure on the layout, and it is a very common color for container cranes. Below some photos: 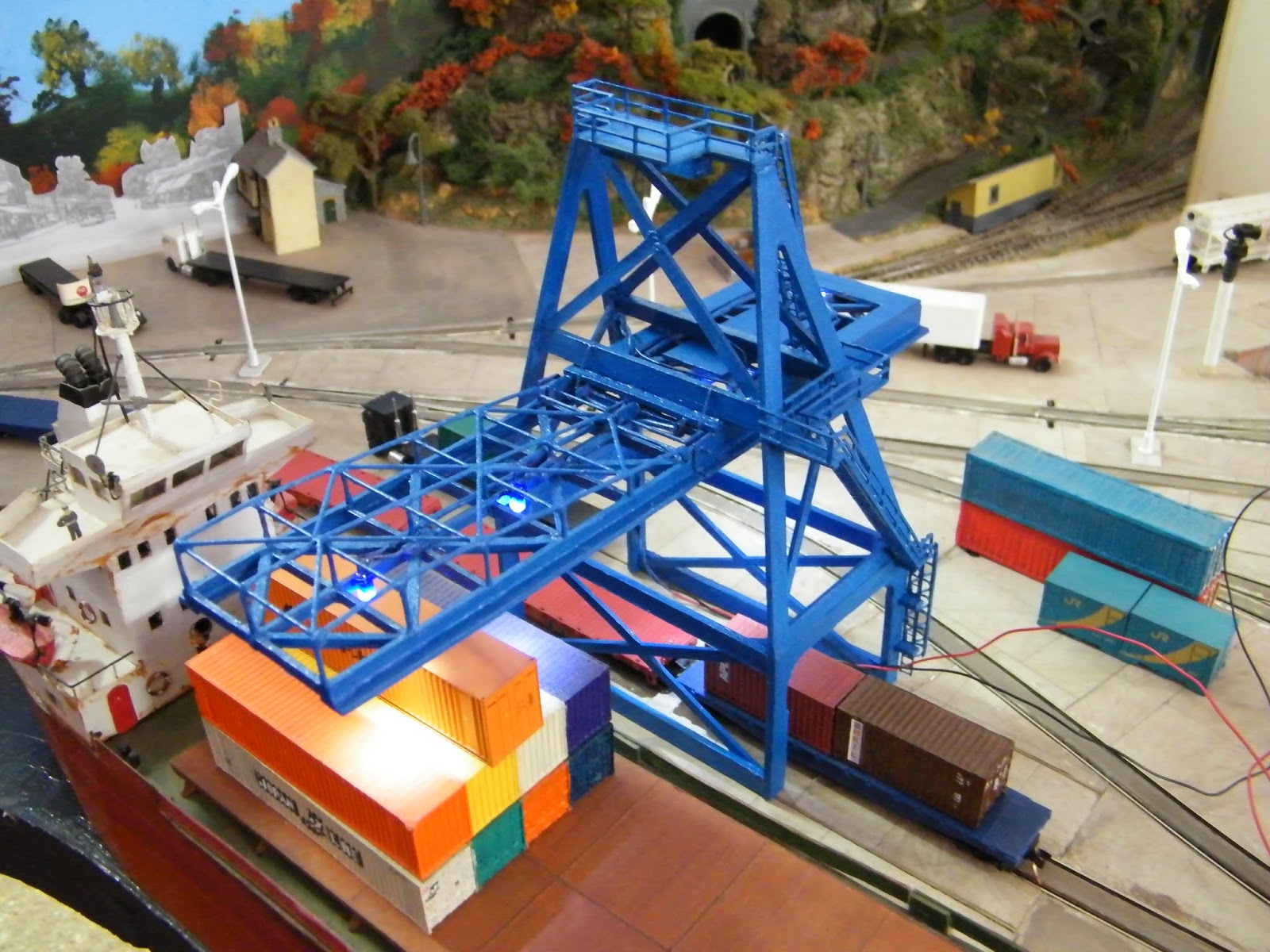 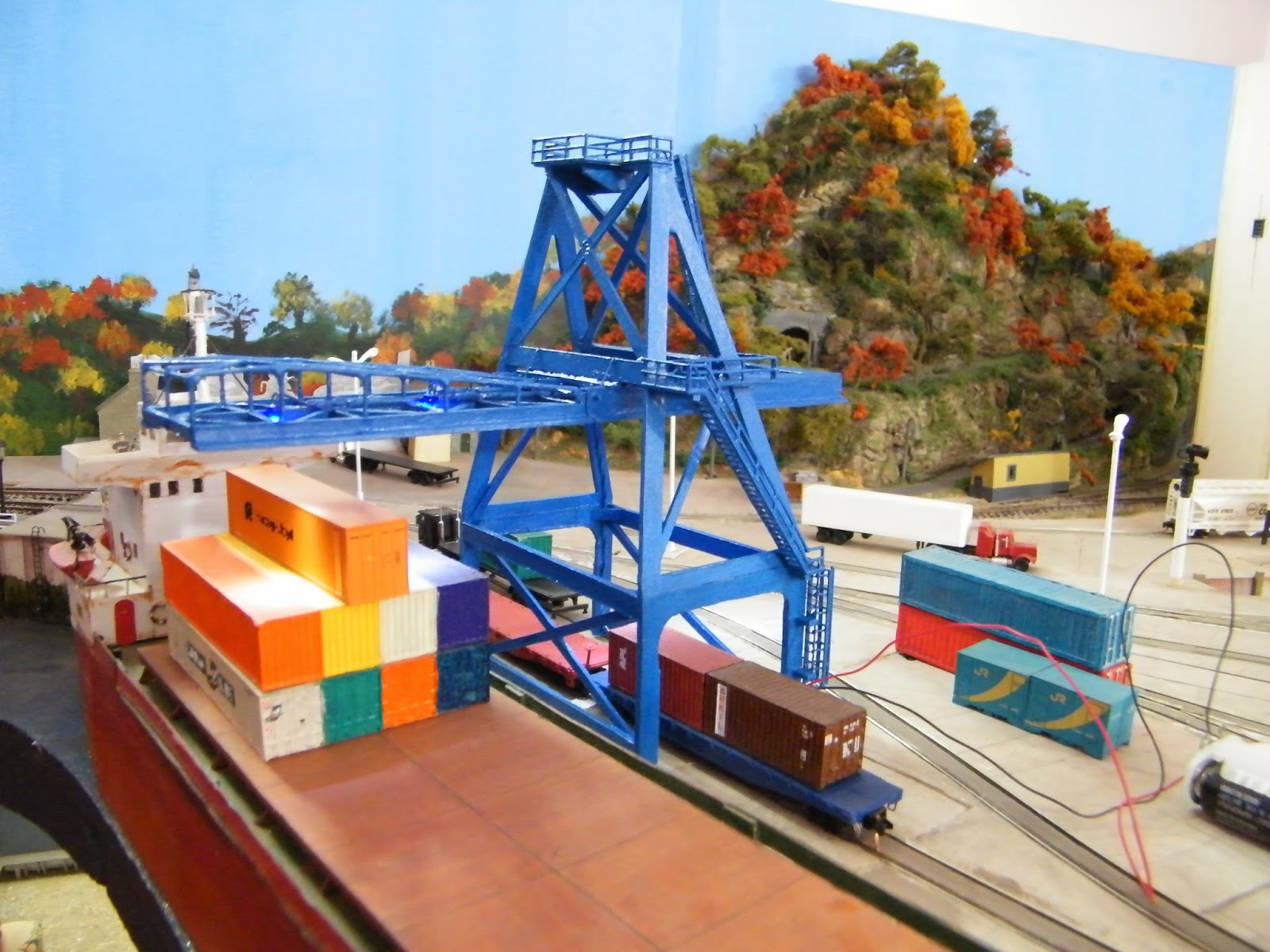 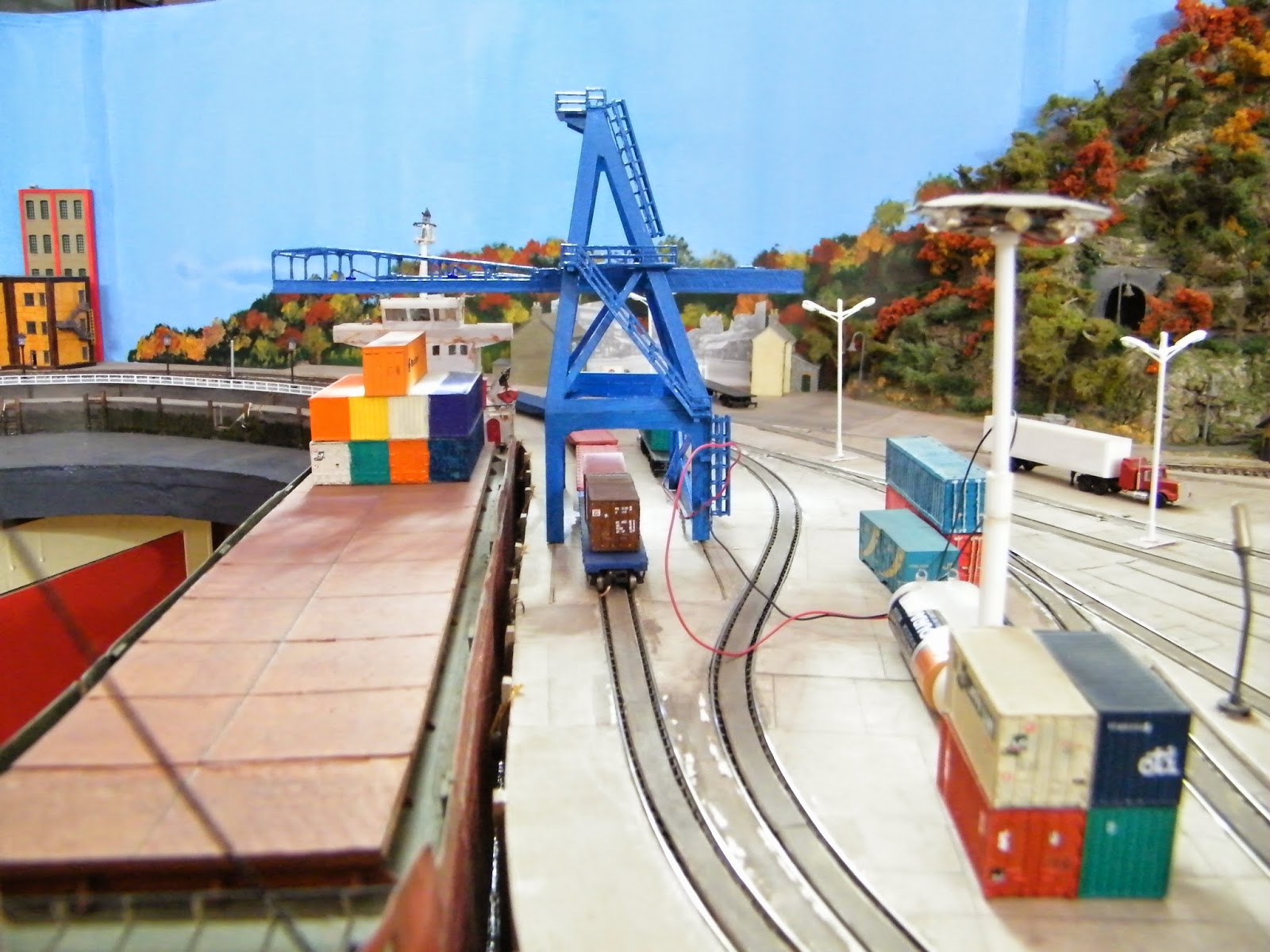 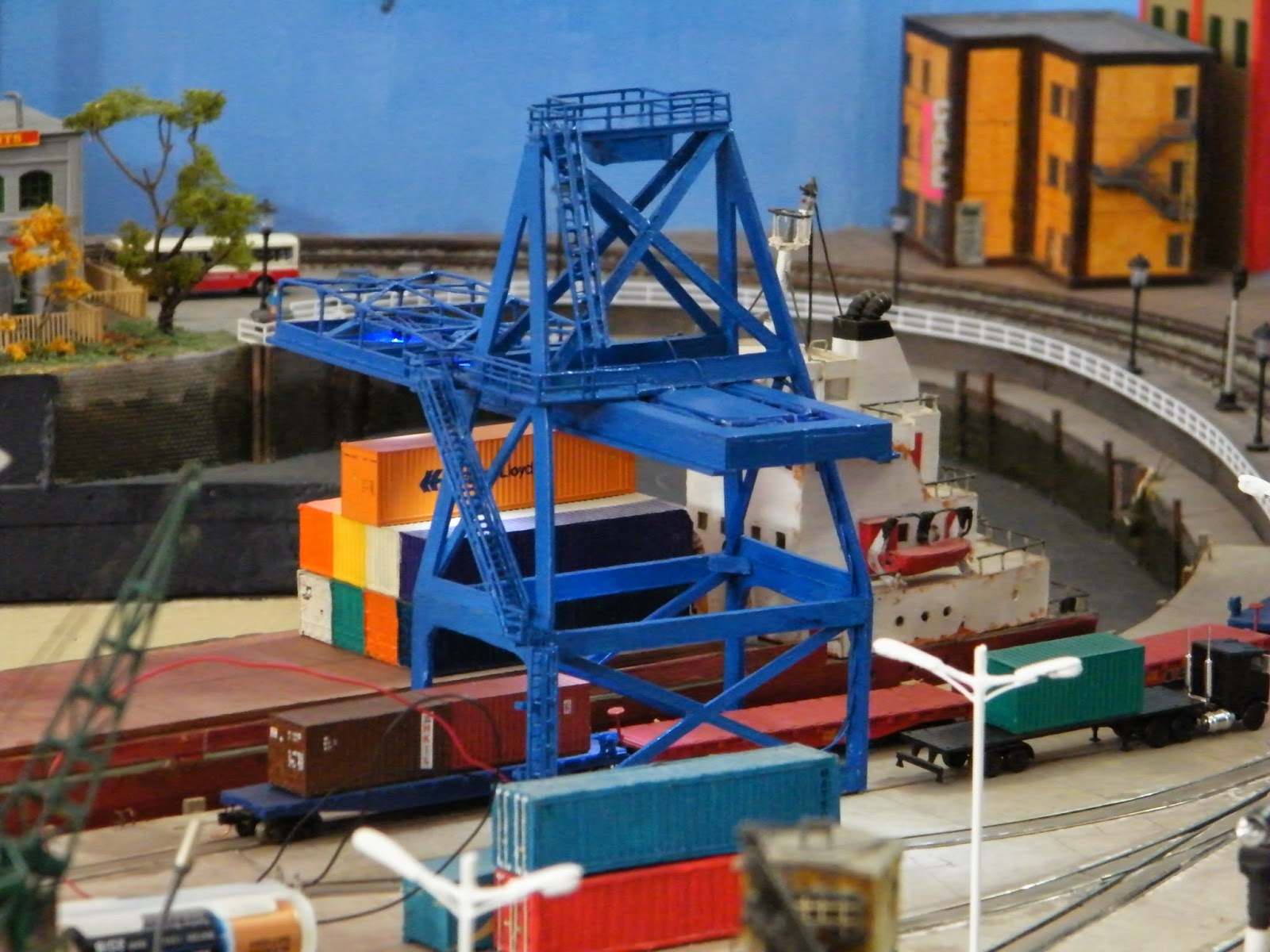 Coming up - the last of components - counter weight, operating pulleys to retract beam, and the trolley to move containers.