Here is one more pics with some more detailing to the loading arm: 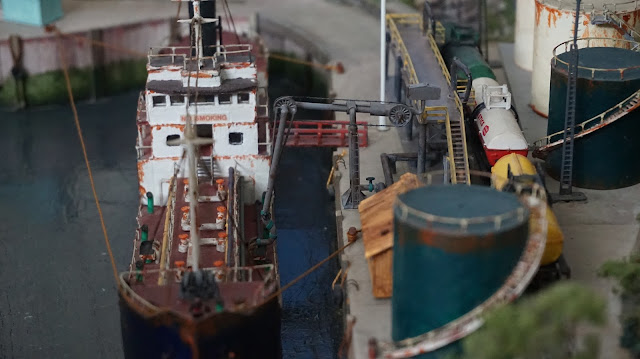 I have also added the mooring on the ship so it looks much more realistic now.

Well, it definitely seems like the old days again! Fortunately I have more time for making models, and also upgraded my arsenal with some very important tools that were long overdue - a Dremel rotary tool and an airbrush are the top two recent acquisitions.

So when I started working on the oil pier, the focus was more on using the tolls as well as building the model! Hence there is not going to be a step by step construction post for this one because we simply didn't have the patience to take photos after every step - we were two excited to build it and then take it straight to the paint booth... I mean the cardboard carton that acted as the paint booth!

First, here is the in progress photo of the facilities of the oil pier. Given how small this pier is - there is basically nothing much in terms of operations. Small ships/barges unload oil that is stored in the 4 relatively small oil storage tanks. Then the the tanker cars are loaded and the oil is shipped to the local businesses. The oil storage tanks and the ships were built long ago, so I started with the tanker car loading platform and the small pump-house-cum-control room. 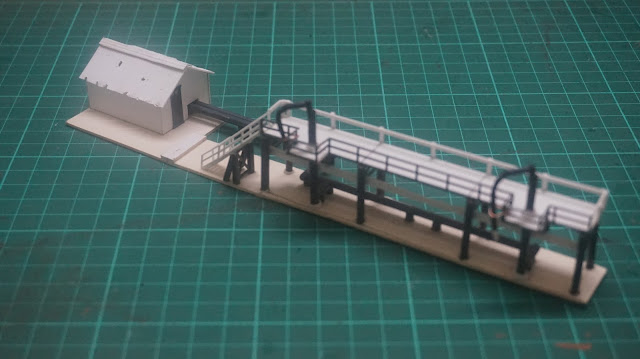 The material of choice however has changed considerably - except the base which is cardboard, everything else is either styrene or plastic. As per my trademark 'scrap-building', I have used some leftover parts from the ME trestle kit, as well as the sprue of the same kit used to make the piping.

My initial thought was to simply model a couple of hose pipes connected to the ship to simulate unloading, much like below. 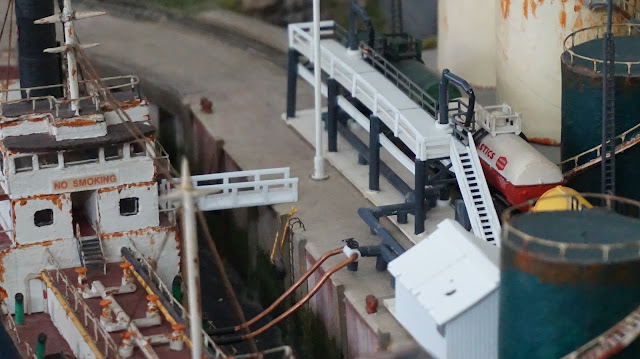 However, when I started finding some prototype photos, I found that this is not really how the oil unloading happens - not even in the smallest of the ports. What they use is something like this, called the loading arms. 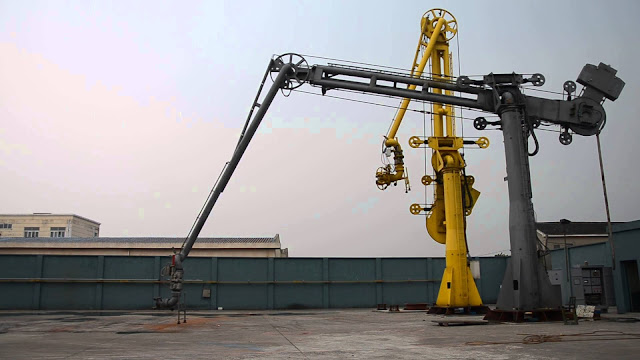 So I found a few drawings online, and decided on this one - simple enough for my tiny oil pier, but keeps is real and prototypical. 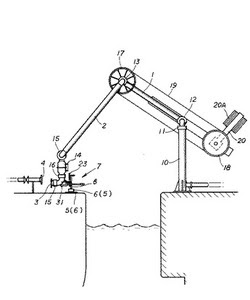 The material I used for the piping is also something very new to me - aluminium tubes. Though I have used them before, I have just cut them in straight sections. Given I did not have the L pipe joints in N scale, I had to use my new Dremel rotary tool to cut, bend and shape the pipes - sorry, no progress photos from here onward since we were building and discovering quite a few things at the same time, we didn't really think of taking progress shots.

So here is the final result - all weathered to match the tone of the rest of the layout - the only thing pending now is completing the mooring on the ship, and then this section of the layout is done. 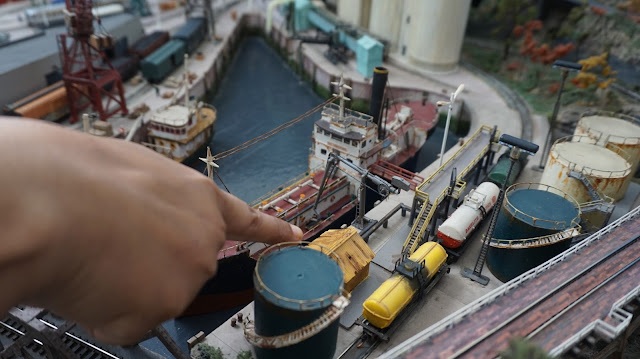 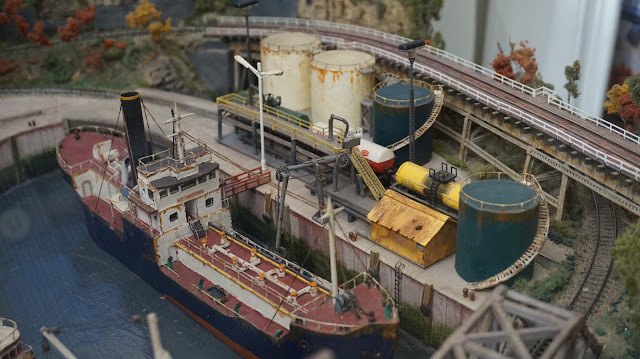 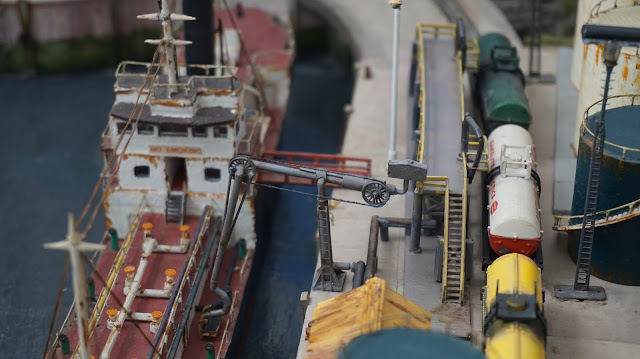 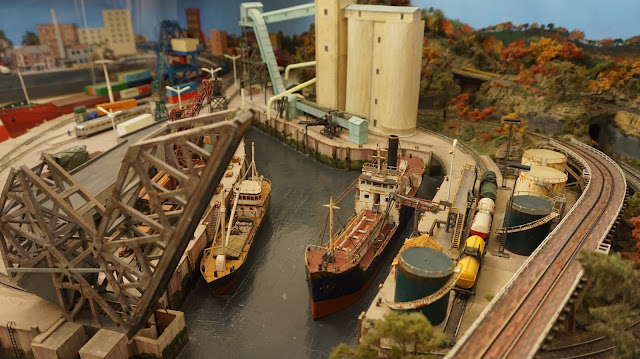