Restoring Bascule back to Glory!

Well, in case you haven't noticed, you cannot spot my favorite Bascule bridge any of the layout photos since March. The reason is, It was all pretty damaged and literally broken to pieces due to my negligence. The bridge had a couple of temporary lifting lever mounted and back in March while I was working on another part of the layout, I applied some huge pressure on it (totally unnoticed at that moment) that actually broke the counterweight support completely , bent the counterweight truss and mostly all the mechanical links. Not to mention that I was devastated!

Well, by the end of last vacation, I decided to repair it and put it back on the layout since I was missing it too much, and without it the port had lost its character significantly!

First thing, fixing the counterweight truss. The problem was that it was so badly screwed up (basically one side totally broken) it wouldn't have been possible to just glue the light wood structure and bring it back to it's original strength. So I decided to drill small holes and use wire support along with superglue to hold the structure. Also, I repaired the links: 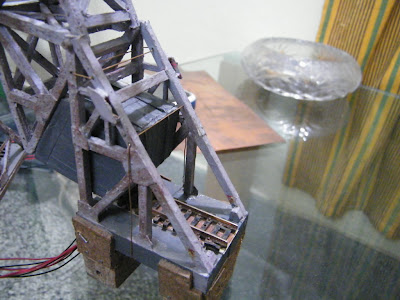 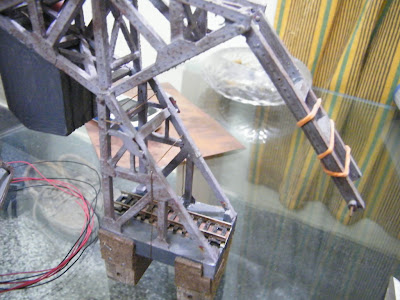 Then the leaf, and most importantly managing the electrical connections. Previously it was a press on touch connection using copper plates at the end of the bridge - so basically when the bridge used to be lifted there was no connection to the rails. The main reason was that I didn't want to run wires all along to the movable part and solder it in a very visible and difficult to access area. But given all the old alignments are now gone, I decided to solder those wires right away, because without proper alignment, having good electrical connection and reliability is impossible. 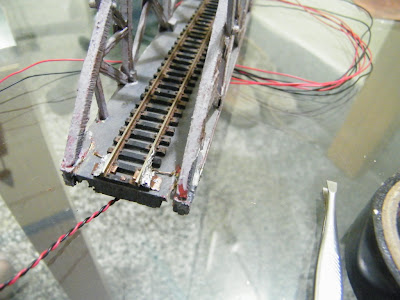 Then I had to link the leaf to the counterweight structure. So I redesigned the links and kept it simply one piece of styrene, secured tightly on the leaf using glue and pin. 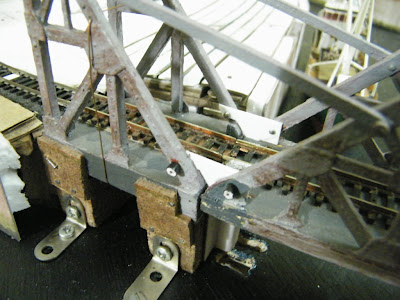 Next step was to istall the bridge on the layout and run the wires down and connect to the block: 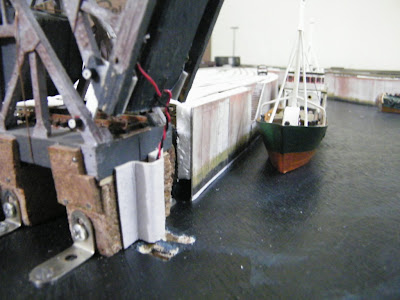 Still the misalignment was pretty concerning on the other side of the bridge where it meshes with the mainline. So I had make a chair and shoes to adjust the alignment: 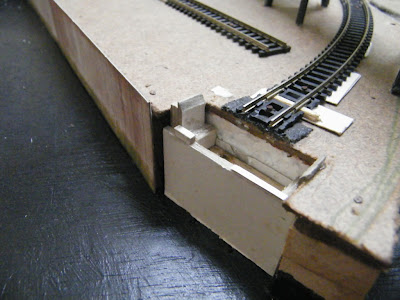 Now the bridge does sit well, and brings back the old charm to the docks! :) 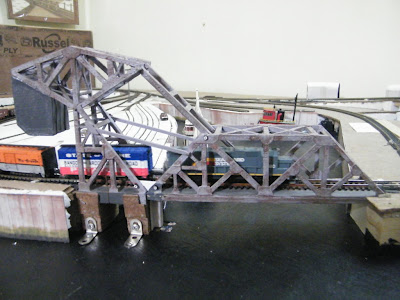 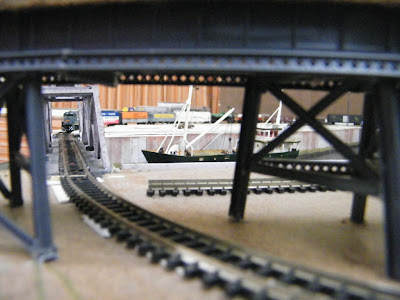 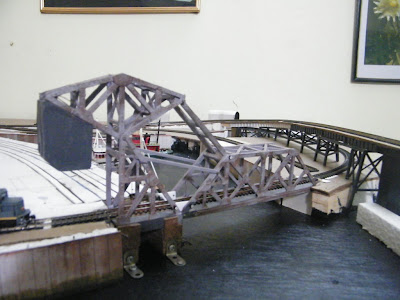 And after covering up the Screws, bolts and lever access holes: 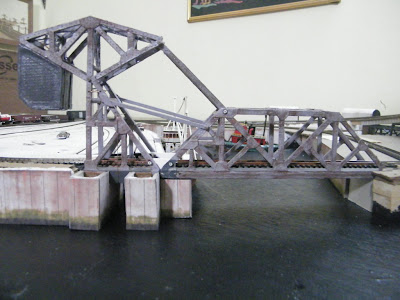 Now some video to see how the train runs on the bridge :)

Detailing of the port - Contnd.

The concrete wall for the main port is all done... I have used a different style of stairs for the ones inside the cove - straight up and no breaks! 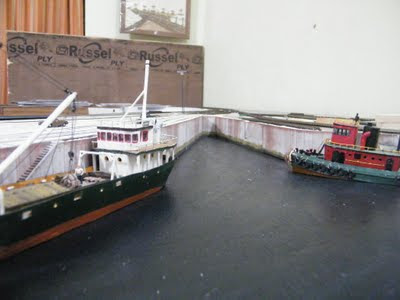 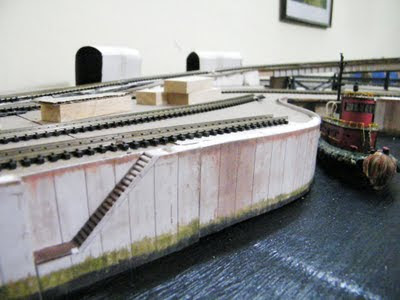 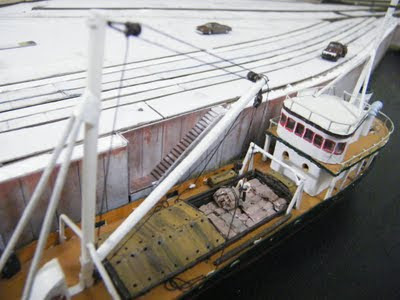 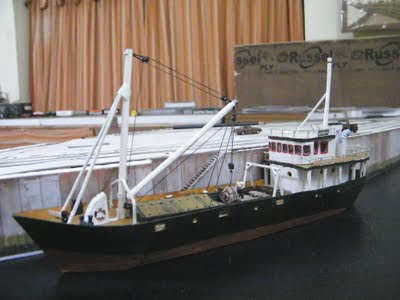 Next I have to finish the walls of the boat yard and the coal transfer portal - the vacation have actually been really frustrating given the amount of time I had to spend doing everything else but modeling... :( And I am pretty sure, I will be not even close to what I had actually planned to achieve... damn!
Posted by Kaustav at 5:01 AM No comments: