The signals are 100% scratch-built. I used Circuitron mitey-lites 1.4 mm dia micro lamps. I could not source for the colored lamps, so I improvised. I created tiny colored lenses in those lamp shades using glass paint - behind those lenses are the tiny bulbs - the effect is no less than that of a colored lamp, I have to say. Also, the brightness is very prototypical to the low power lamps generally used in signals. 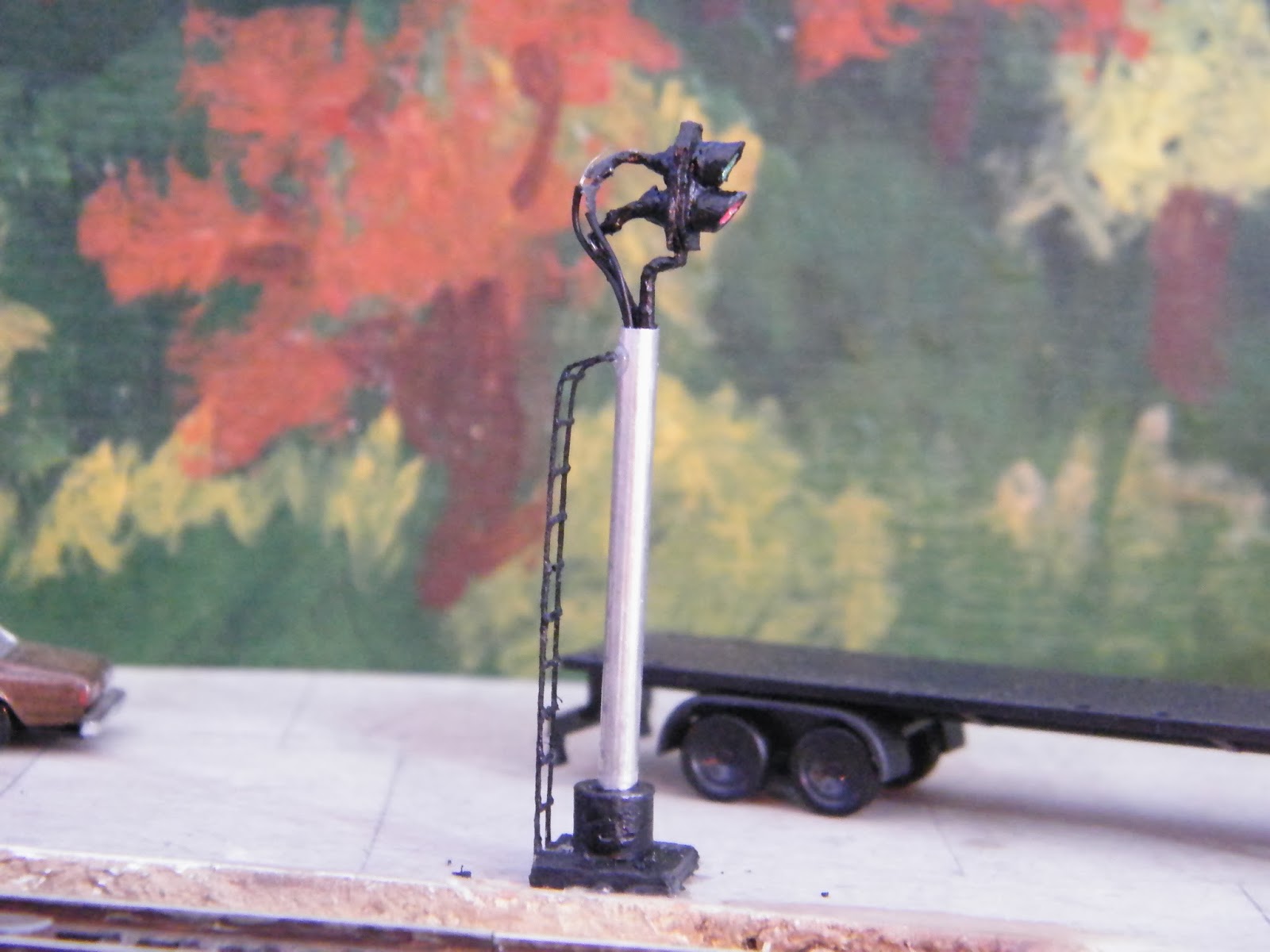 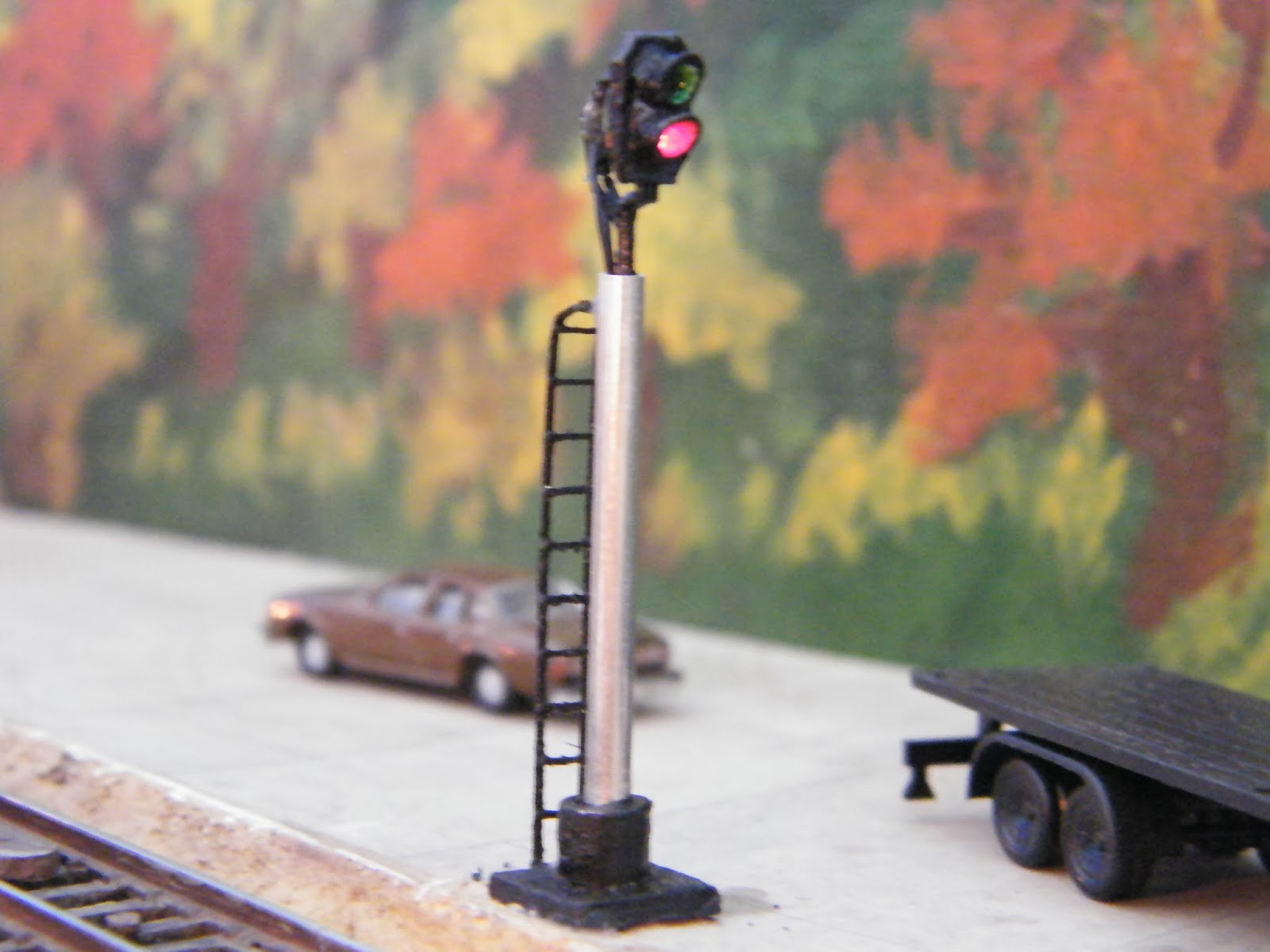 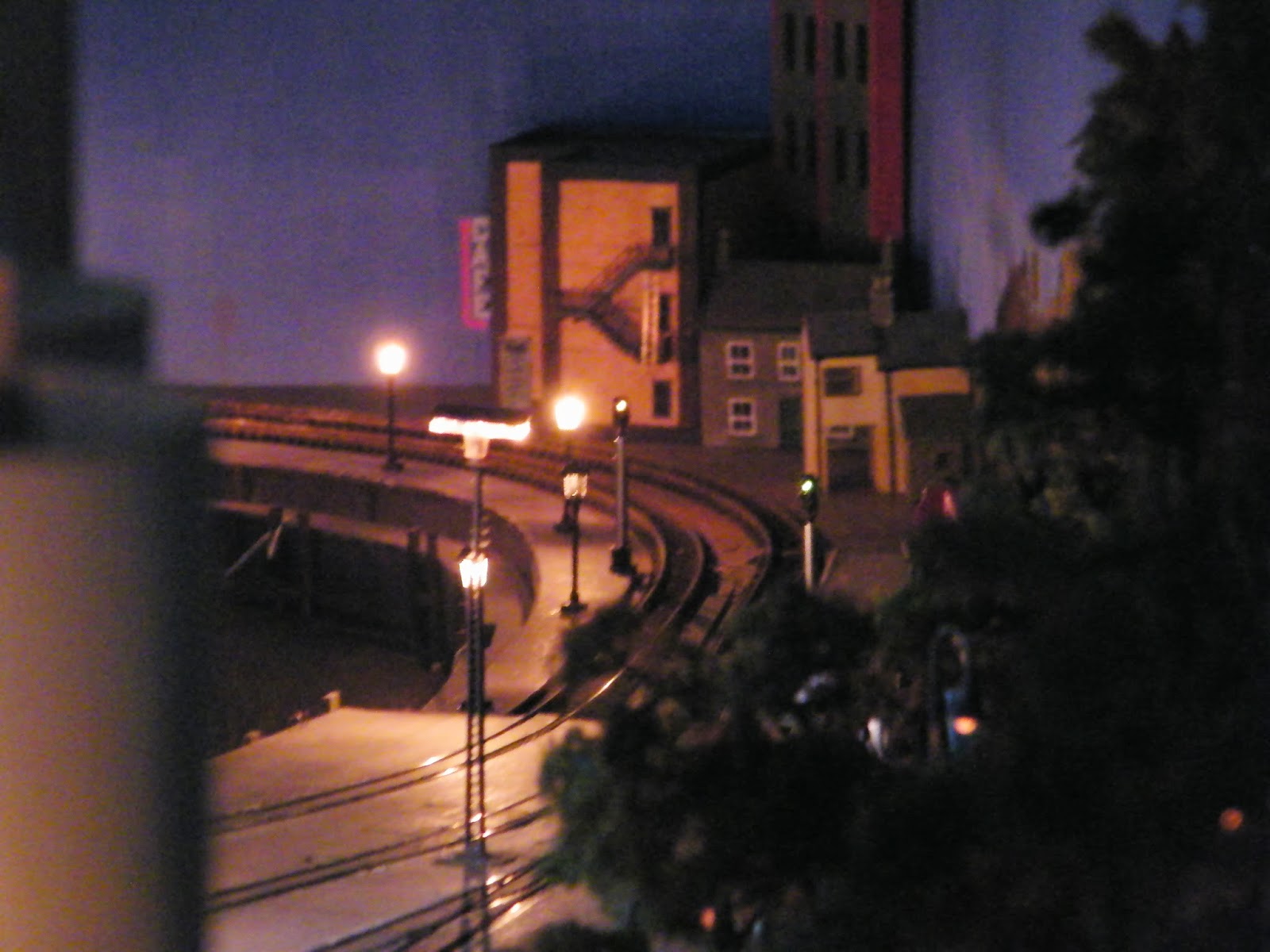 The two signals here are actually for two different purposes - the right one, in front of the white truck is the block signal that protects the single line block approaching the port. The one on the left is basically the one that protects the diamond crossing with the main (Please refer to the track plan) - ideally, this signal should have been further down nearer to the crossing, but then it would have been facing the backdrop, so I moved it a little ahead of its intended place. The default 'clear' for that signal is also amber ('approach with caution') rather than green. There will be similar protection given to the other side of the diamond crossing once I get to make the rest of the signals.

I used Circuitron's BD-2 detection system. s Since night time operation is equally important for me, I decided to try resistance detection despite the extra work of putting at least two resistor wheels per car (which I am yet to start working on).

I have to say that these signals improves the realism of this layout many fold. Can't wait to build the rest. :)