The original plan was to animate the lighthouse with rotating lenses - just like a real lighthouse. I have placed the order for a slow motion motor (23 RPM) which I am expecting to receive by end of next week, but I could not wait to install the lights and make the lens housing. The details of the lighthouse animation will be covered later in a more descriptive manner, but for now, here are some photos of lighthouse with it's lamps lit and lens being static. I have installed light in the crew's quarter as well. 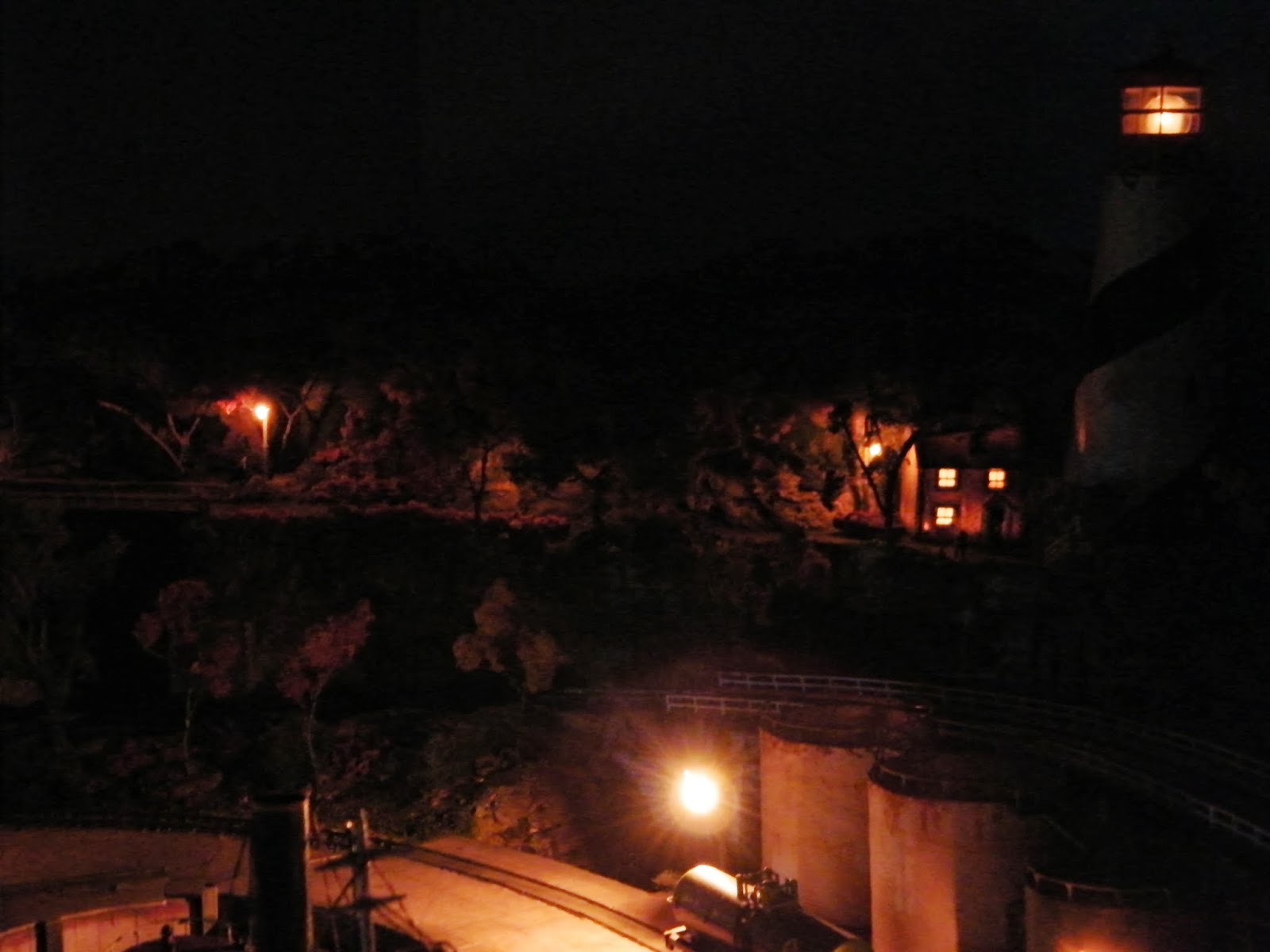 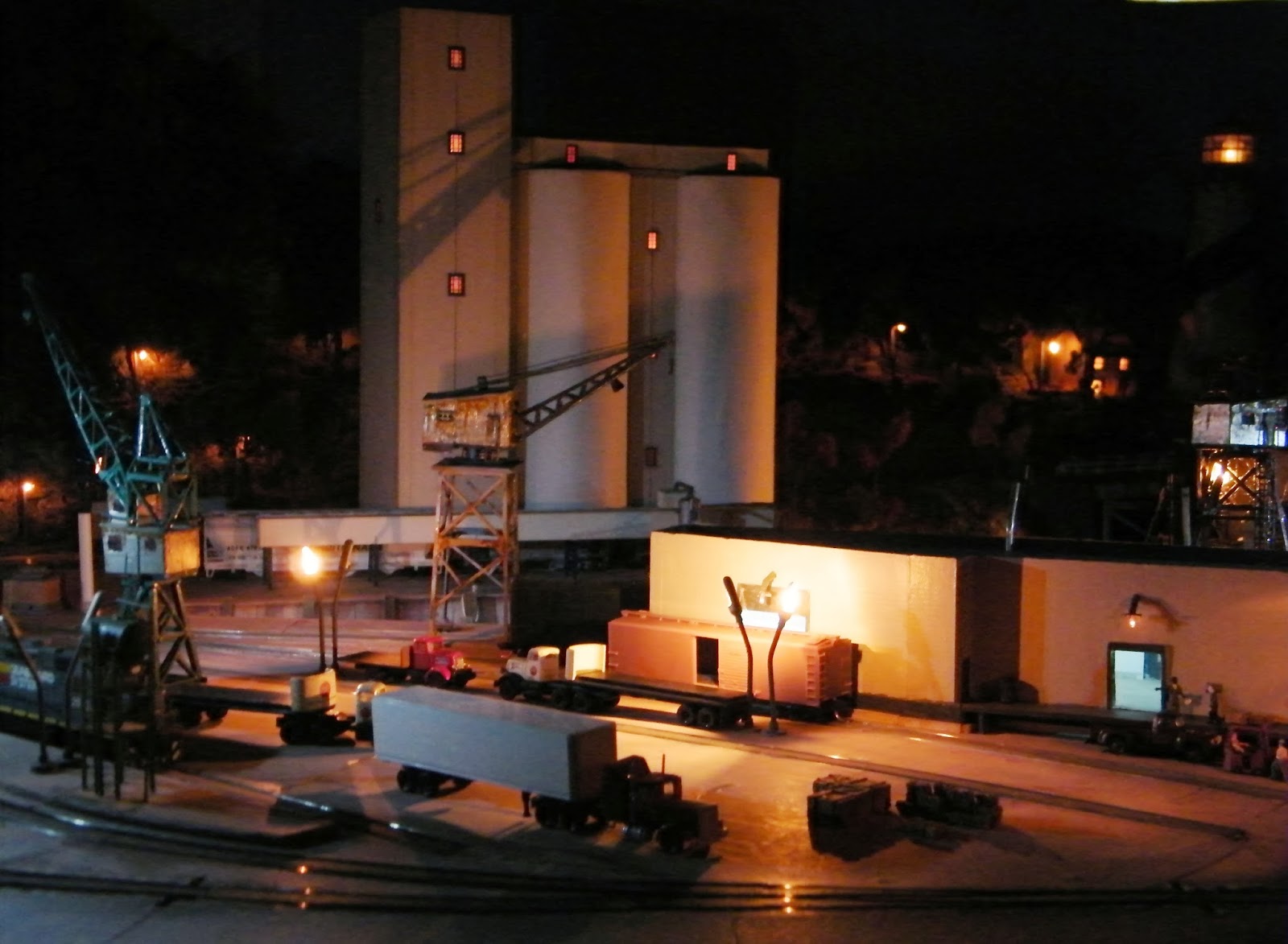 Now that there is light in the two terminal structures - the hotel and the lighthouse, the layout now has a defined frame even during night time simulation.