All right, I am off to an absolutely new build - and among all the people I know, this is something that no one has tried before. Pneumatic Unloaders are again a pioneering discoveries that started taking shape during late 50's and 60's - and a very realistic addition to any sea-rail interface that handles grain.

Just some principals and schematics to explain how it works - basically it's just a giant vacuum cleaner! Now on the internet you can find some fascinating photos of the modern equipment, but I am pretty sure the initial ones didn't really look that impressive, so I had to improvise and trace back some design photos and engineering drawings to ensure that what I am doing is prototypically correct. Also, unlike the ones returned in Google image search, mine is going to serve a pretty small facility, so am elaborate giant is possibly going to take the whole place assigned for the complete portal itself, may be including the space for the elevator and the silos! My goal was to keep the looks as simple and primitive as possible, without make it look like a toy, and keep the overall comparative size to 100 - 150 Ton/Hr range. Here is a schematic: 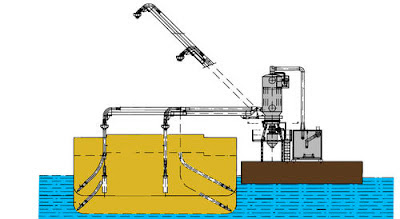 Coming to the build, first, I used the remains of my Micro Engineering Tall Steel viaduct to start with the structure. The structure will move on the rails and will carry the main compressor. 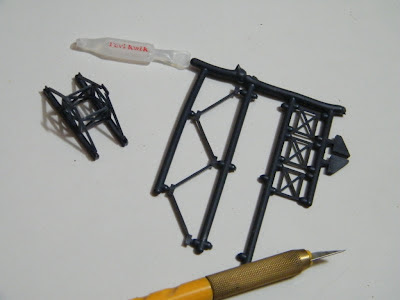 Now coming to the main compressor, I honestly wanted something ready made! Making the compressor absolutely from scratch in N scale and with card board was not going to work. Now when I was desperately looking for something to base the model on, I stumbled upon my old Model Power Coveral Paint building. And guess what I found: 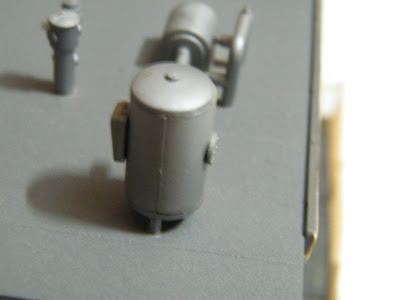 Now, that was just perfect for what I was looking for. Poor 10mm tall owner of this facility would have to forgive me for this absolute shameless 'robbery!'

OK, now once the structure is in place, I went for modeling the platform. I had some good quality, hard and thin card board from a Jockey clothing package that was sturdy enough - so I had just cut it. Notice the L shaped cut out within the platform? That is for the steel wire mesh walk-way! 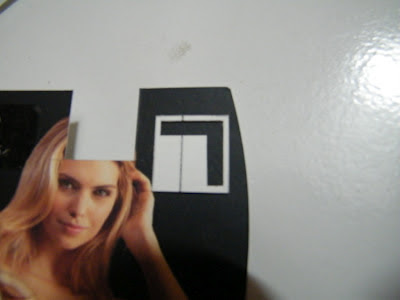 To model the wire-mesh walk-way, I used something that is very common in any Indian household - cheap nylon tea strainer! Well, just in case you are curious, I have strained a hell lot of stuff with that, but I don't remember straining tea - so no, it's not a big loss! 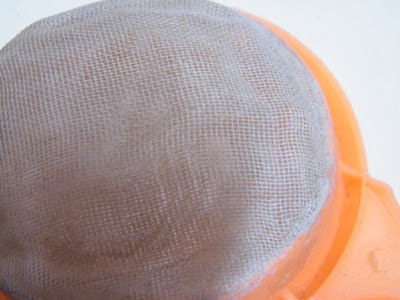 After cutting out a suitable size and pasting on the cardboard, I used Gold Medal Model broad brass ladder as railing: 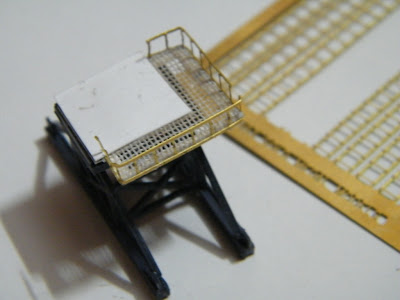 After this I put the 'Compressor' in place. Come on, doesn't it look much better than on top of that stupid building! 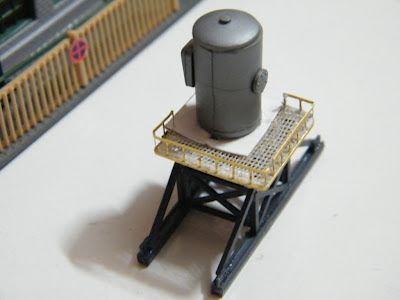 The next thing was to create the boom - I used different dia styrene tubes, casting frame of the ME Trestle kit and a couple of parts from the Walthers roof detailing kit to make this: 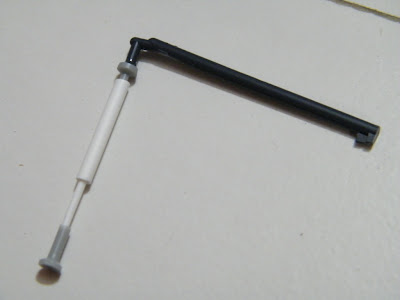 Now at this point, fixing everything to the model, this is how it looked: 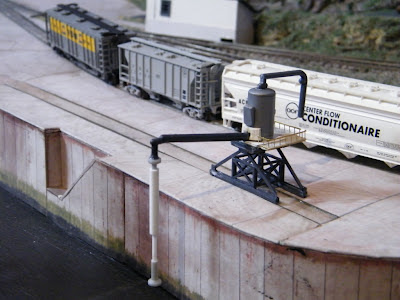 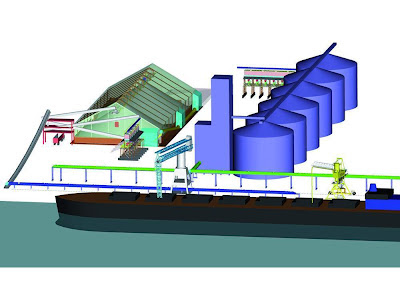 So as a next step, I put the basic cardboard structure in place for the conveyor till the end of the moving range of the unloader - basically the horizontal part of it. The next step would be the step by step steady incline to the grain silos. Also, to keep things simple, I kept it a covered conveyor model, which will have corrugated surface.

After putting the basic structures in place: 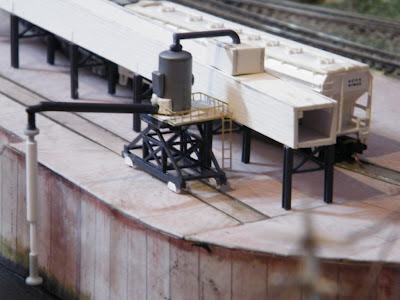 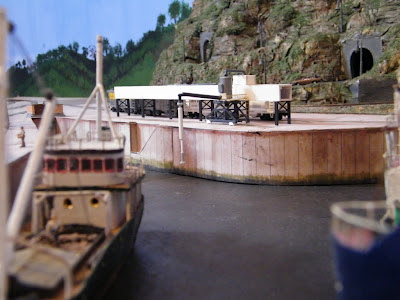 Stay tuned for the next update - it's going to take a while to complete this baby!
Posted by Kaustav at 8:19 AM