After a long time (probably the first time in this year), I went back to scratchbuilding. And yes, it felt awesome! My immediate goal is now to complete the scenic section of the layout, primarily because it's been elven months already since I started working on this project, and it still looks like a layout that I just started building!

To start with the lighthouse I initially thought of building an octagonal lighthouse tower like the Montauk. But when I looked at the lighthouses in North Carolina, the place where the layout is based on, I found that all the notable lighthouses there have conical tower and not pyramidal. So, it was time for me to build the cone. Drawing the cone was a refresher to my engineering drawing classes, only difference was, I did not have any of my drawing equipments because I have no idea where they are! So had to do it with just a scale and a compass. 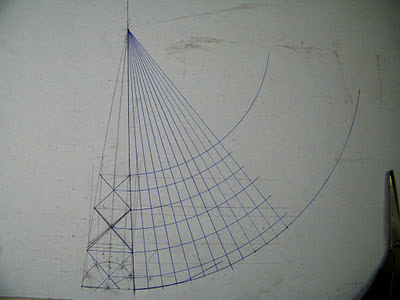 Dimensions of the tower: Base 60mm dia, top: 35mm dia. After cutting out the cone and gluing the edges together to form the shape. Notice that I inserted three stair windows as well:﻿ 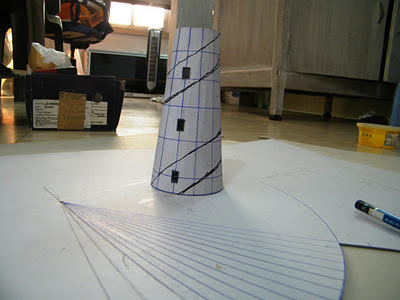 Next step was to cover the top and the bottom of the cone. I'd simply cut out two circles to fit the inner dimension of both top and bottom surface, and then added a circle with a little larger dia to for a solid joint. I have also kept access for a prototypical lighthouse mechanism that I am planning to build. On top, you'll notice that there is an additional circular grove - that is for the lantern room that will be removable 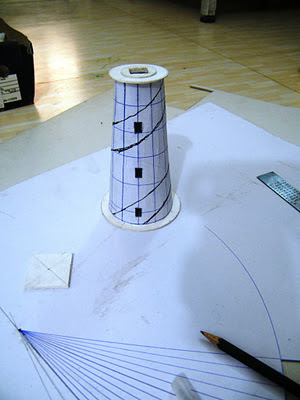 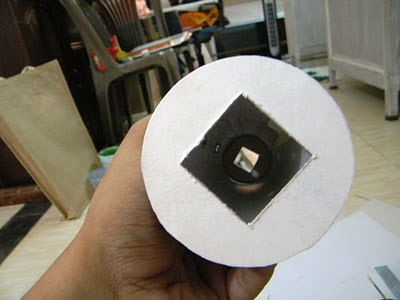 Once the coverings on the top and bottom are fixed, I added the main door to the lighthouse. 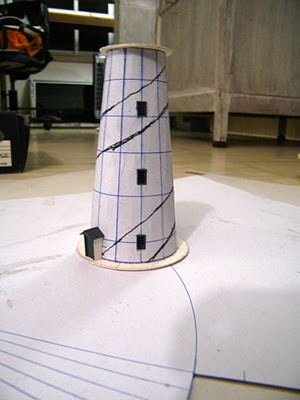 By the time the glue was drying on the doorway, I built the basic structure of the lantern house. 0.2 mm cardboard and clear plastic sheet (OHP), with 0.5 mm styrene rods as support:
﻿ 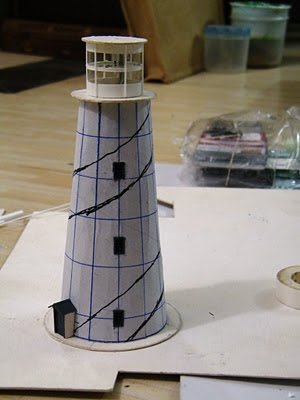 Next step was to build the build the guard railings outside the lantern house. I took a different methodology this time as I wanted the railings to be unique - I decided to give one dense protective railing at the bottom of the main railing (A practice I saw in some tall building somewhere that I cannot recall properly now). First I used brass ladders to build this layer. Then I added some styrene rods as the support for the main railing.﻿ 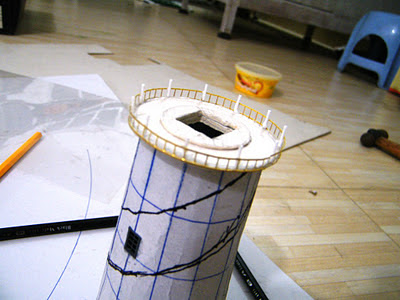 Once glue dried, I placed single strand copper wire, bent in the exact dimension of the railing on top of the supports and glued it to the supports.

Additionally I also made the roof for the lantern house:
﻿ 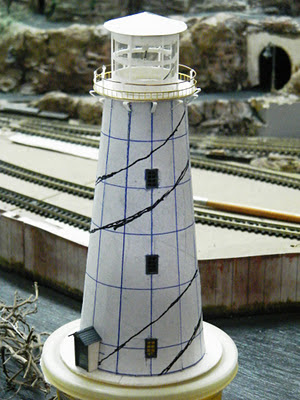 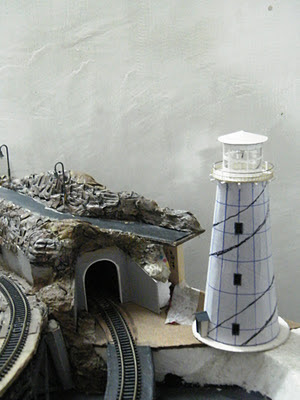 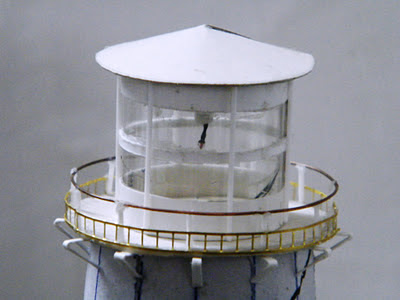 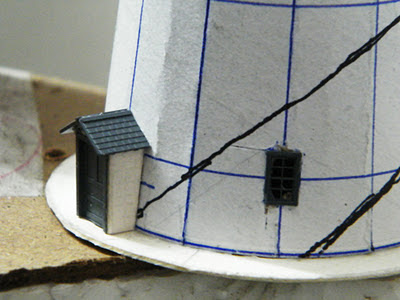 Now, this is going to go to the wifey so that it starts looking all pretty and attractive. I will also throw in some advisory detailing time to time (if  I get the opportunity of course)!﻿
Posted by Kaustav at 12:51 PM