First Shades of Brown and Green!

Coloring the hill and the rocks that I thought would be finished during the week, finally got postponed to the weekend. So here are a couple of pics of my wife and myself painting the rock faces (well, for my consider an additional adjective, that is 'trying', for me.) 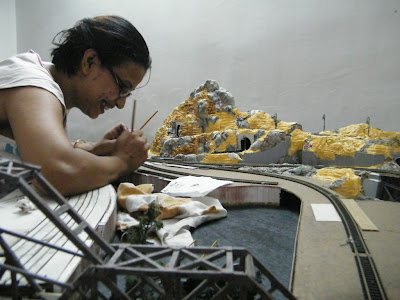 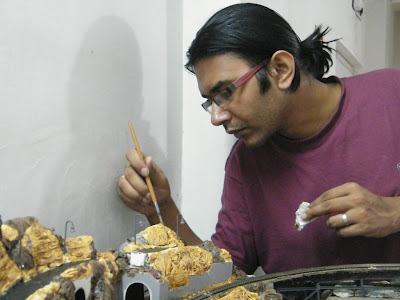 Now, as for the first coat, we colored the rock faces bright yellow and boulders and earth as dark brown.﻿
﻿ 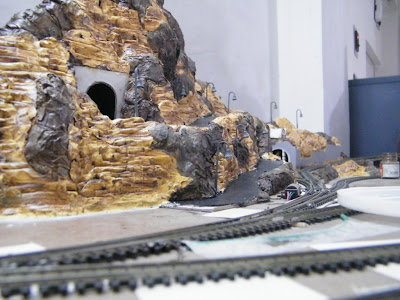 Now as for the second coat,it was a different story. First there was a overall general coat of mixture of gray, titanium white, gray a burnt sienna. Once the color was set, it gave an appearance of river-bed clay. Second, the rock faces were given a wash of various shades of burnt sienna, black and gray which developed the base and the crevices.

Once dried, I dry-brushed the faces with the mix of  light gray, indian red, yellow ochre and titanium white to complete the highlight. I also used indian red, titanium white and gray to dry brush the earth. well, you can ignore the gloss, since the vernish was not dried yet when I took the picture! 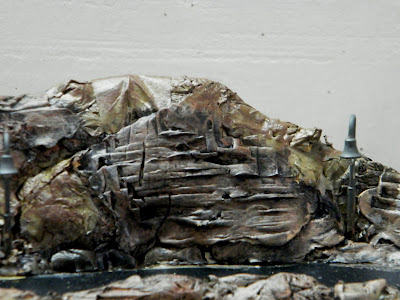 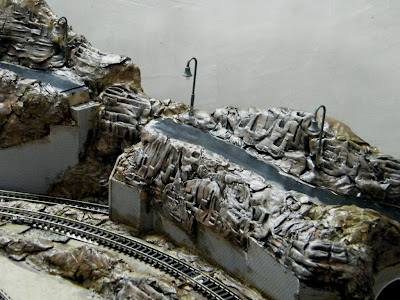 Once the colors dried, I could not hold the temptation to add some green to the mix. So I took some home made dark green granular ground cover for the bushes and some Hornby fine grass ground cover to sprinkle over the rock faces... and voila! 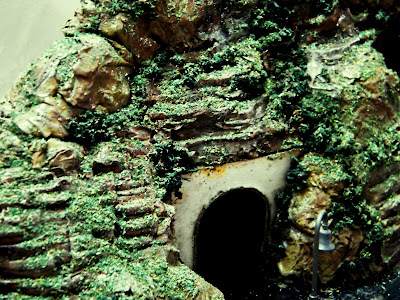 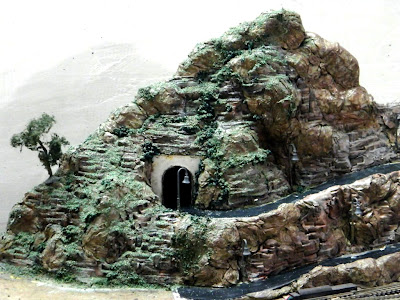 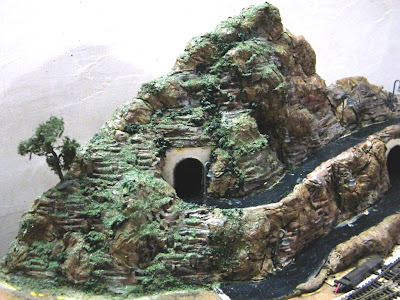 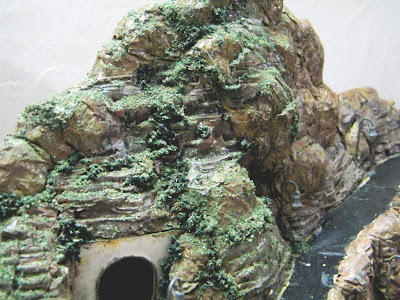 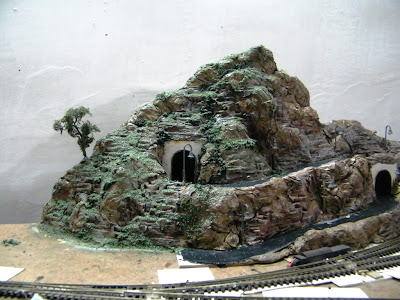