Well, this would be an unlikely place where you would see a model railroad feature - the Stuff Magazine! However, I was approached by them about a couple of months back mentioning that they are doing some Photo Feature of all the notable layouts in the country, and they are interested to include mine in the list, as I was referred to them by one of the most prominent railroad enthusiasts in arguably the best model railroader of the country, Vikas Chander. Needless to say that it did sound great, and I didn't give a second thought about it!

Vaibhav and Puneet from the magazine visited us on Nov 16th on a bright Sunday morning. It was a lovely day and the trains and the ships had all the attention they could get for over 4 hours! Have to say that them and the little people looked really happy! Vaibhav, himself is an admirer of model trains, tagged Puneet along for some of the other prominent model railroads as well.

Without much ado, here are the photos:

The cover of the feature: 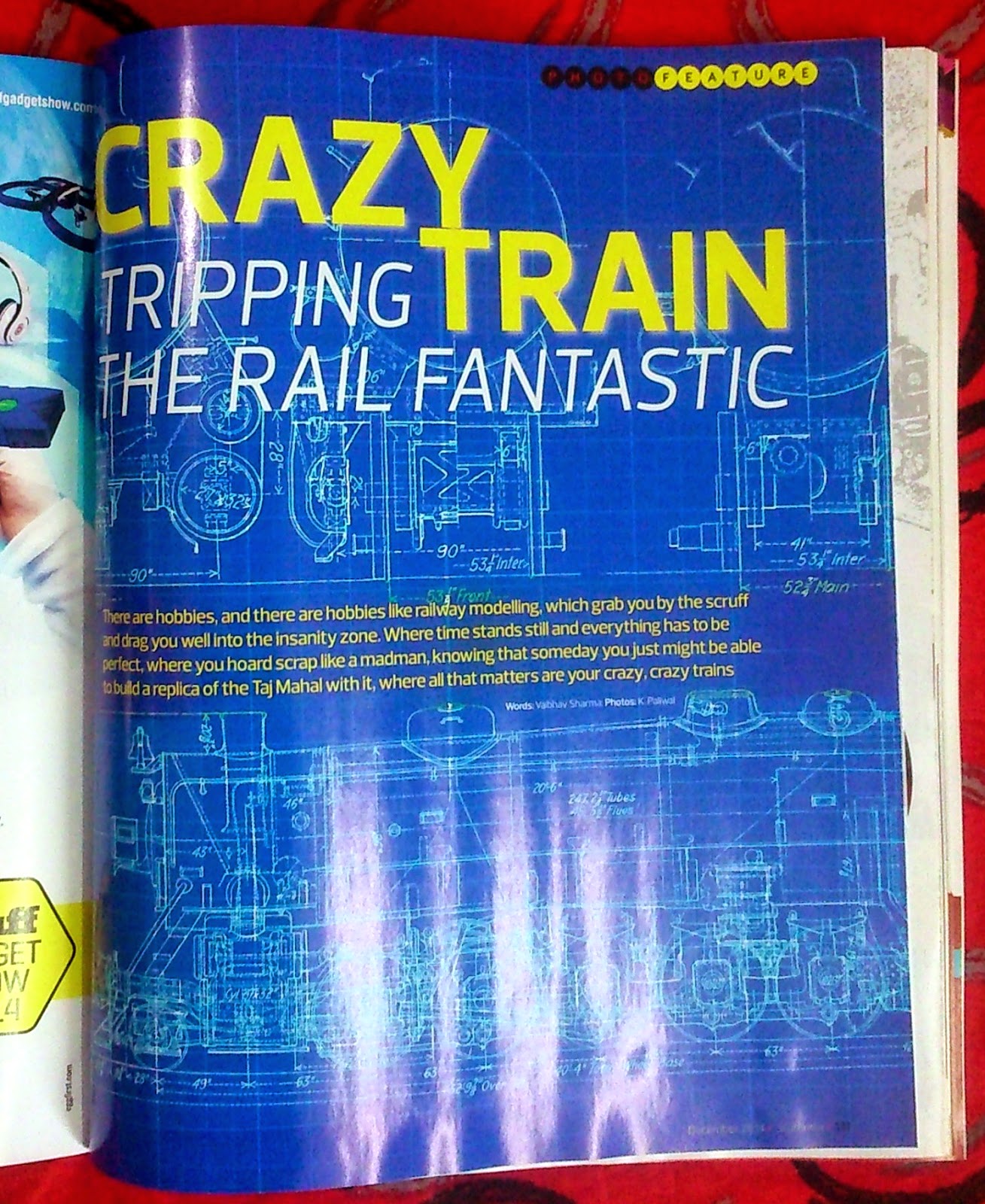 Kalka Simla Railway by Ranjeev Dubey: Perhaps the only truly Indian layout in the country of this size and this level of focus on detail. I myself had a quick visit to KSR in September - details here. 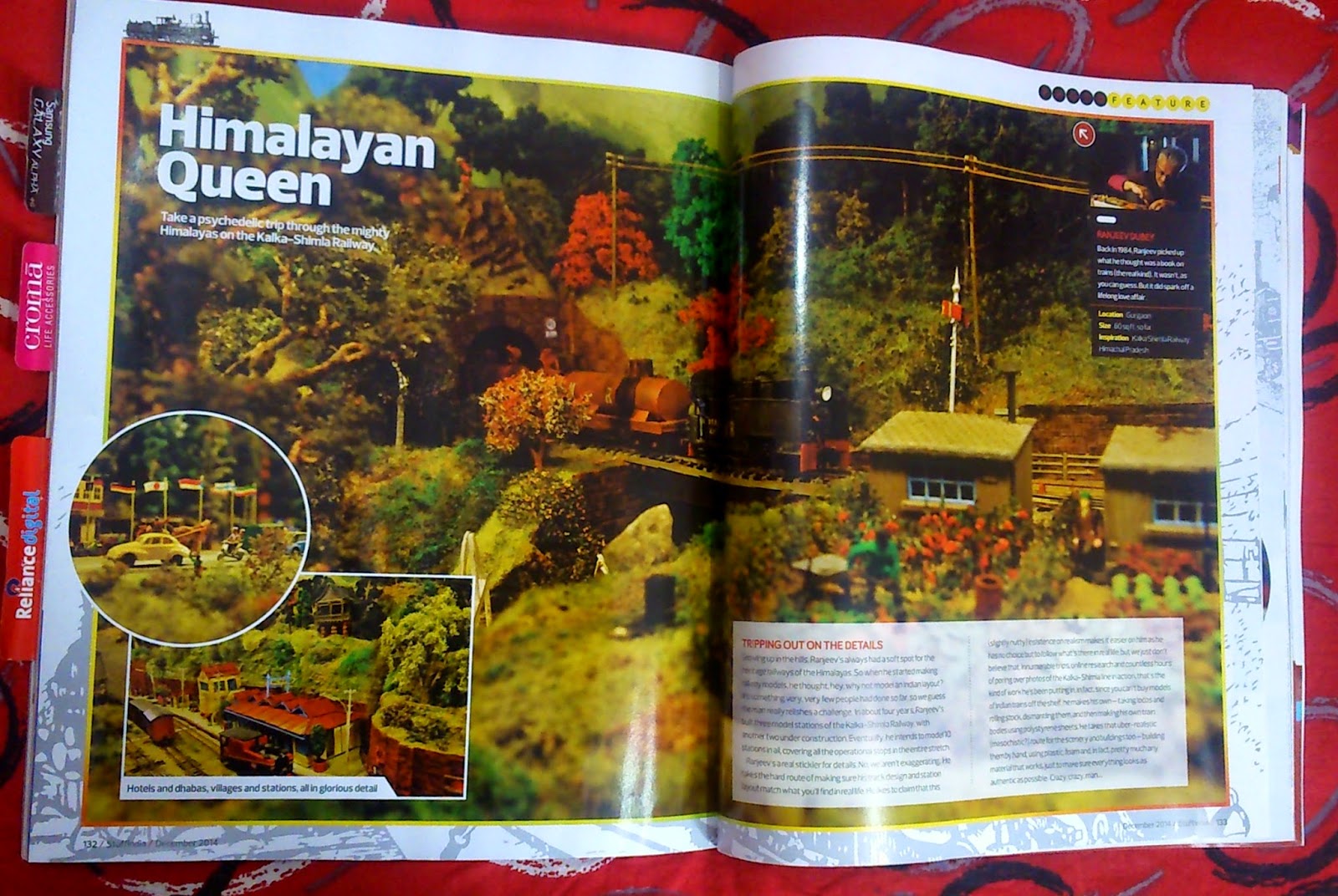 Never Enuf by Adesh Grover: A fantastic Garden Railway - one of the very few in the country. 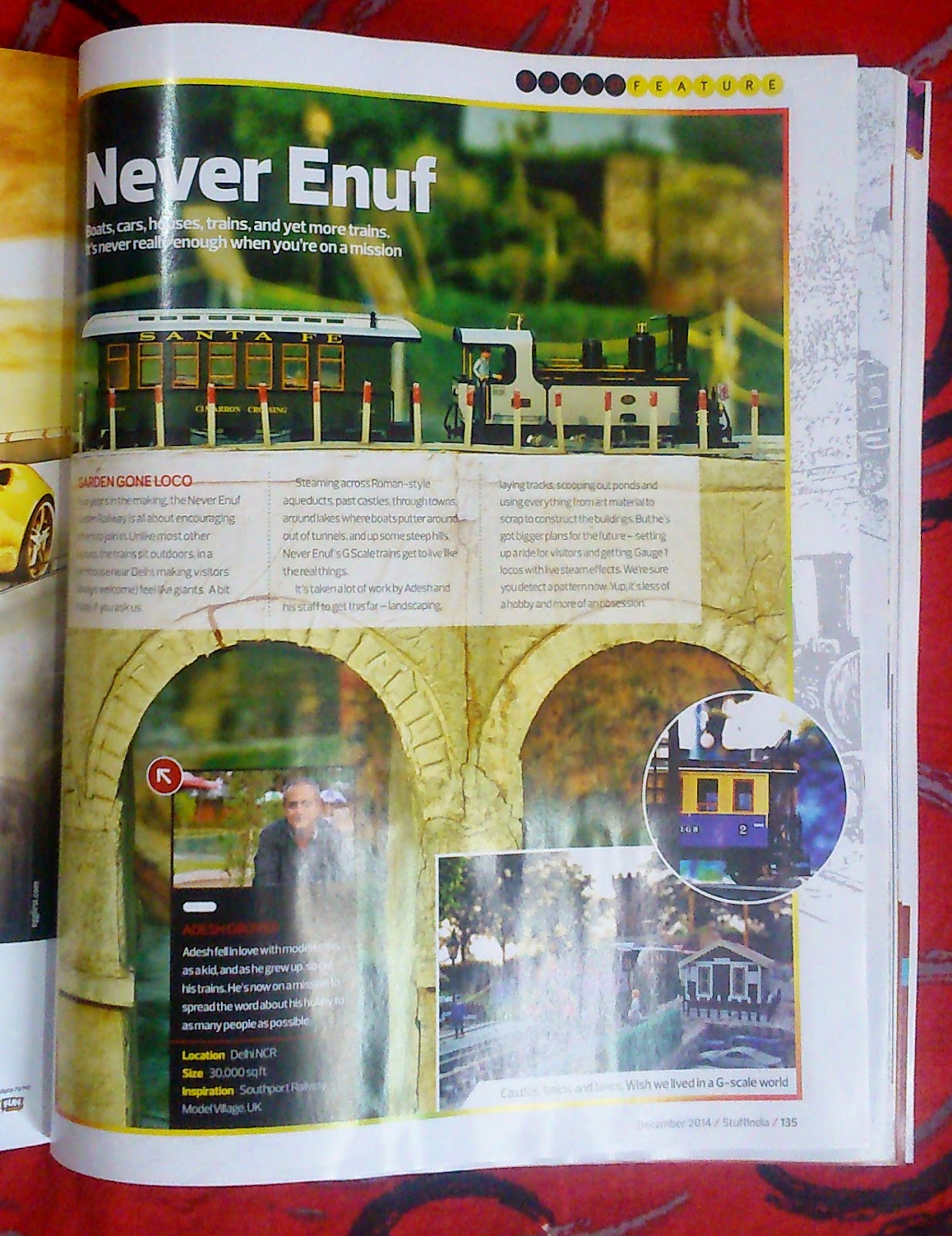 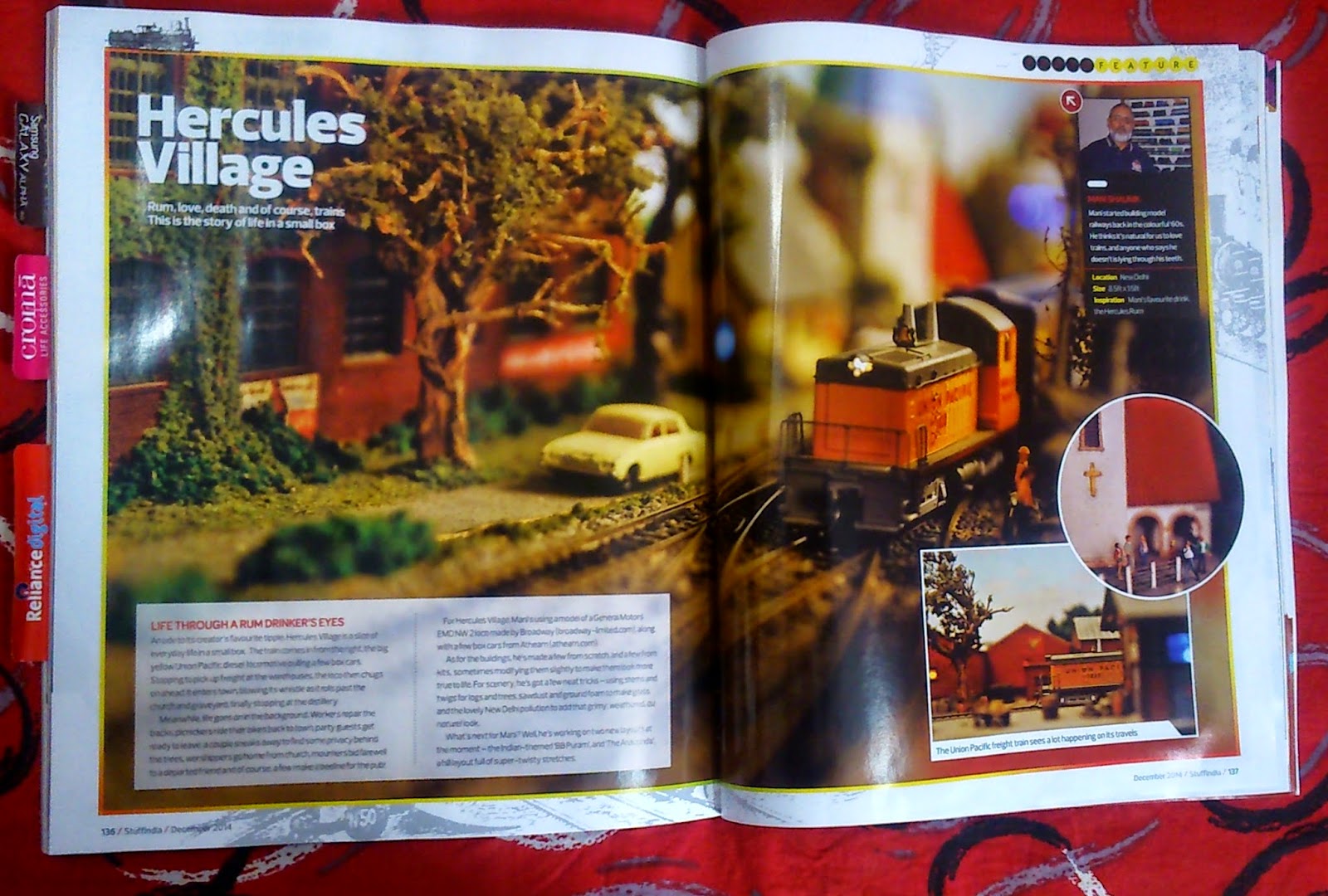 And finally... the itty-bitty Wrightsville Port! Well, if you are reading this post, I hope you need no special introduction to this one! :P 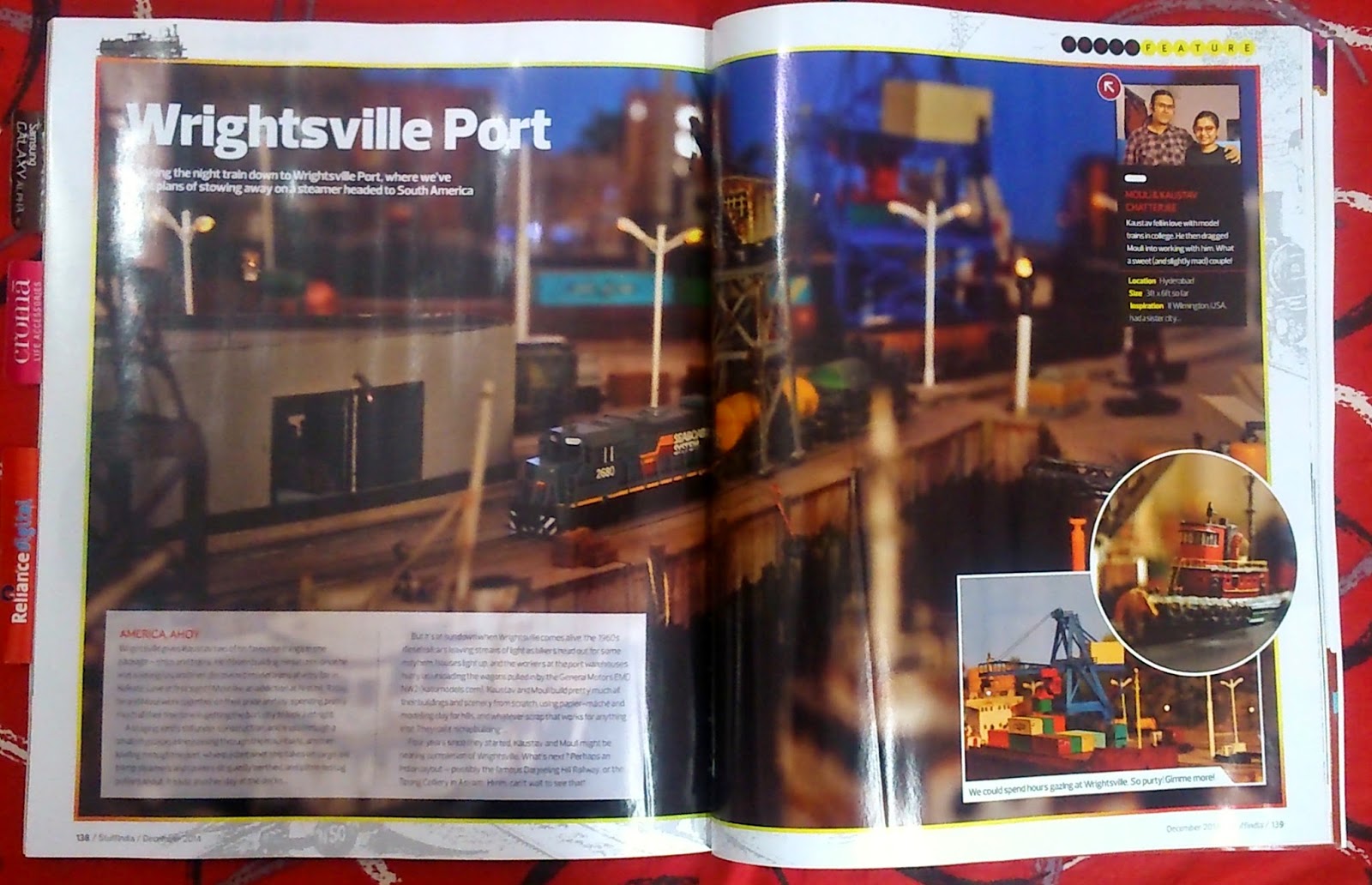 I think the biggest miss in this one is Vikas' Abendstern Nebenbahn, but hey, they gotta keep a separate feature just for that! :P