Though there are a lot of big projects that are pending in Wrightsville Port, it is sometimes a daunting task to be continuously involved in complicated, time consuming tasks - especially when this year started with a horrifying work pressure.

So, since the beginning of this year, I have taken a more relaxed approach till things settle down a bit and I can concentrate on the bigger tasks. So here are the updates:

First, I wanted to cover that ugly bit of white foam still peeping out beneath the Coverall Paint's factory and bring some more life to the layout. So I continued with the sea side retaining wall beyond the limit of the boat yard, sprinkled some greenery around, made a bench and added a couple of figures: 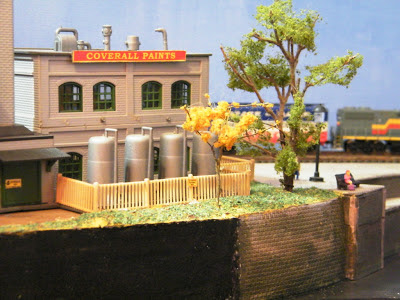 After that I added a safety railing and a stair case to the scene (though the stair case is very hard to see from the normal viewing angles): 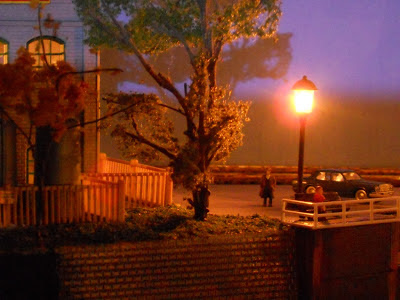 Coming to the other side of the layout, I made some considerable progress to bring the trestle closer to finish. Painted the trestle still gray, applied heavy weathering strokes all over, and then covered the top with wood planks to model the walk-way. I also added a lot of bush, shrubs and undergrowth around the trestle to complete the scenic portion around it as well. 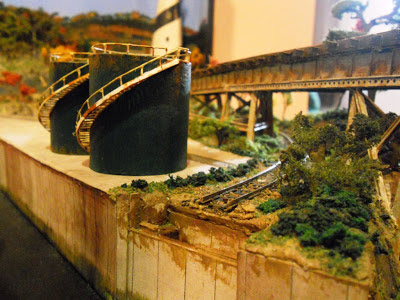 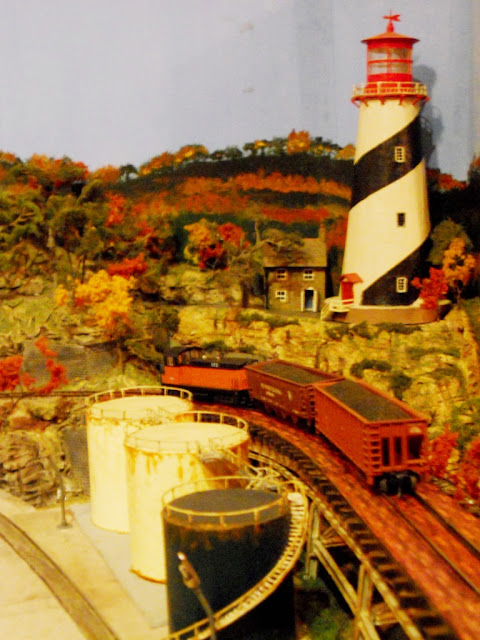 The last bit of progress is one of the most critical one for this whole project and actually a part of a much bigger chunk of work. Given the scene is over 95% complete in the area around the lighthouse, I decided to get my hands dirty and start with the water!

Now, I decided to dodge all popular methods of modeling water in model railroading world, and picked something that is used primarily in ship modeling side of the pond - Acrylic Gel. I started by giving the base a final coat of black, and a mix of gray, black and yellow occur for the edges. I used a shade of dark gray for the transition.

Once the paint dried, Mouli started putting dabs of the acrylic gel on top of it - we used Liquitex high gloss acrylic gel - the product is very similar (might be even the same) to Woodland scenic's model water product, just a lot cheaper! After making a fairly uniform application, she started creating the waves. We went for a little bigger waves - simulating just the beginning of the high tide where water just strarted returning to the shore. You can see all the joy in Mouli's face given she got the job to dab some paint around! 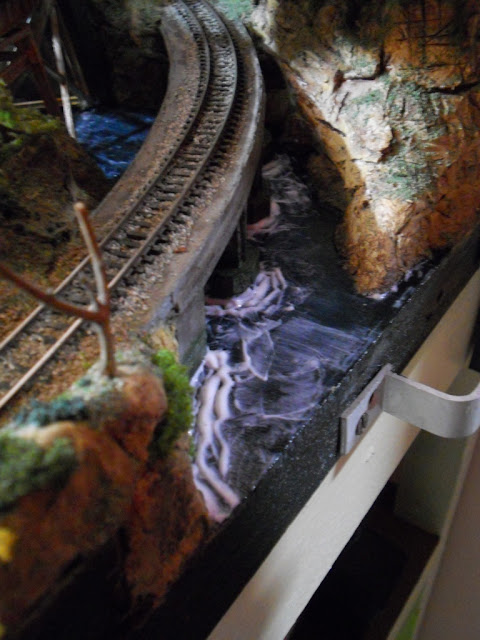 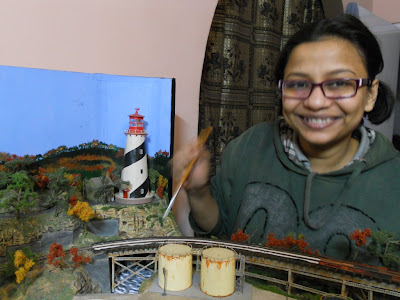 Once the gel dried, I painted the peaks and rises green, and added white paint to simulate foam. Once dried, added multiple coats of the the gel medium to make the surface more reflective. 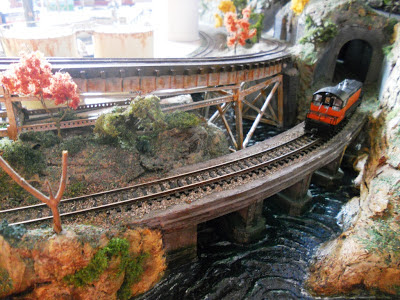 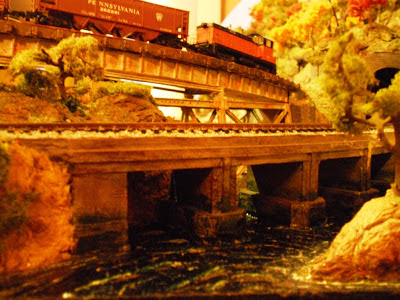 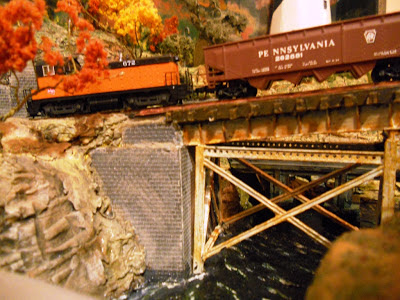 Though it looks decent, honestly, we don't think this is the best that we can do. We are planning and experimenting to bring more depth and realistic effects in our second attempt on top of this.
Posted by Kaustav at 6:41 AM